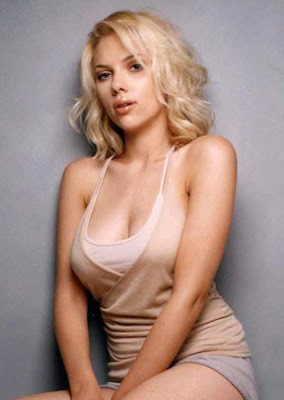 After spending some time in Jim Hanley’s Universe on Wednesday, listening to a couple of ridiculously stereotypical comic book dorks debating whether Cyclops could hurt Superman or not (and defending the Fantastic Four movie, a crime against humanity that has no defense), I traipsed downtown to meet John for Match Point.

This is the first Woody Allen film I’ve seen in a theater since 1997’s Deconstructing Harry. I’ve been one of those people who thinks that the once-great Allen has lost it in the past decade, that his last good film was 1999’s Sweet and Lowdown, that as he’s gotten older, his rationalizations for being a sleazy old man have made his art defensive, creepy crap. I thought 2003’s Anything Else was so unrepentanly awful, so painfully unwatchable in every way that it should’ve been his swan song (and had Christina Ricci's SAG card revoked).

But I was intrigued enough by the reviews of Match Point (and the presence of Scarlett Johansson) to go see this supposed “return to form.” And it was good (actually felt far more like a Hitchcock film than a Woody Allen movie). But in the end, it seemed kind of redundant.

Match Point is basically a remake of the brilliant Crimes and Misdemeanors, but with somewhat less believable characters and performances, an utter lack of humor and an even bleaker point of view. I mean, I agree with most of what nihilism stands for (as oxymoronic as that is). I don’t believe there’s a God, I don’t believe that we’re anything more than a mathematical probability in the universe and I do feel that our existence ultimately means nothing in any grand scheme (how we treat each other is another matter). I agree that luck plays a huge factor in some people’s success and happiness. And I believe that there is no inherent justice in the world. Bad people prosper and good people suffer. We evolved, we suck, we’ll all be dead soon. The end.

So how come the bleakness and absolute amorality of this movie bugged me?

Maybe it’s because I sometimes look to my pop culture for the hope and morality that I find lacking in real life (and I’m including myself here). But then again, Glengarry Glen Ross is one of my favorite movies, so that's not it. I dunno. I just found Match Point to be very well made, entertaining for its duration, but ultimately, well, pointless. And I’m really glad that Woody Allen’s not directing Superman Returns.

In other news, I was given this fortune last night: “Nature, time and patience are the three great physicians.” Boy, I fuggin’ hope so.... otherwise, look for every single thing I own for sale on eBay soon (goddamn corrupt health care system.... grrr).