Bronze Beauties #5: the Son of Satan 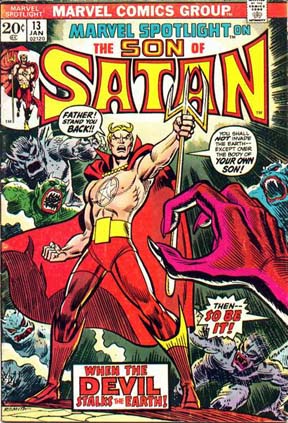 I actually never read this comic book, but man, do I love the concept. Marvel Comics' The Son of Satan first appeared in shadow in Ghost Rider #1 (Sept., 1973) and was fully revealed to the world in Marvel Spotlight #12 (Oct., 1973). Daimon Hellstrom, the sire of the devil, born with a big ol’ Pentagram birthmark, grew up and rejected the family business, opting to FIGHT evil instead! Times sadly change, and apparently Daimon's been updated into a character called “Hellstorm,” who’s not the son of THE Satan and now has long hair and wears jeans and a long black trenchcoat (yeesh!!).

I actually won a big lot of Son of Satan comics on eBay some years ago, but the books mysteriously never arrived at my doorstep....!!! Oooooohhhhhh..... 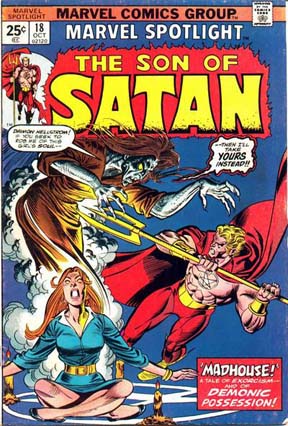 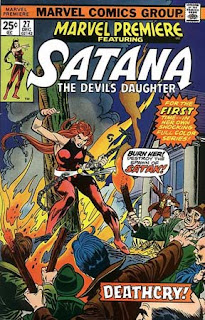