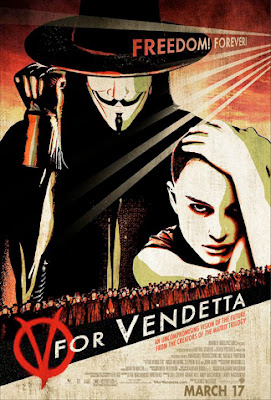 You know how every piece of junk mail trying to get you to open a new credit card or buy something is disguised as an important document or free money? Huge red letters splash across the envelope, screaming “Important! Open Immediately!” or “Payable to addressee only~!”

Well, I’ve noticed that when you’re actually receiving money in the mail, specifically in the form of a rebate of some sort, the sender seems to go out of their way to MAKE it look like junk mail, no doubt in the hopes that you will just toss it without opening it.

I got my $50 rebate check from Warner Home Video today, payback for being such a collector geek and buying too many TV DVD box sets. The return address simply states, “PO Box 848, Grand Rapids MN 55744.” There’s a postage paid stamp in the corner and a small notation on the back of the envelope that reads, “ Enclosed materials sent at your request question / concerns? (sic) 800-558-5745”

Luckily, I’m a cynical bastard who’s media-savvy enough to never be fooled by these fuckers, plus, I was waiting for this moolah, so I knew right away what it was. But I’m willing to bet that a lot of people who took the trouble to jump through the specific hoops required to get the rebate (cut out proof of purchase from the box, attach it to the receipt, circle the price, write a 200 word essay on the production values of the DVD in purple felt-tipped pen on the back of the receipt) tossed their check in the trash with the Verizon flyer, the Covenant House package and the Meet Singles in Your Area ad. And I’m also willing to bet that’s exactly what Warner is counting on.

I saw V for Vendetta yesterday and liked it. I’m no fan of the Wachowski Brothers (no, not even the FIRST Matrix film), and their action film mentality does dumb down Alan Moore’s comic. But I was amazed that the film is even as audacious as it is. From the whole theme of “Terrorism as Freedom Fighting” to (moreso) V’s literate dialogue and the very British esthetic, the movie completely mystified the ladies kicking my chair and talking through the whole thing, both to each other and on their phones (I know, I shoulda’ moved). My biggest beefs with the flick were Natalie Portman (another unremarkable Hollywood pretzel stick) and the fact that V has CAT POWER on his jukebox?!? (Julie London, yes, Cat Power, no)


V for Vendetta makes the fourth movie in a row that I’ve seen in a theater that’s (either directly or metaphorically) about how government is a corrupt entity that’s more about sustaining its own interests than advancing the interests of the people (following Why We Fight, Good Night, and Good Luck and Syriana). I think I’d be losing my mind were it not for movies like these as well as The Daily Show and The Colbert Report, which, I believe time will show were the voices of reason and rebellion (far more than our news media) during this most damaging administration in American history.

And now if you’ll excuse me, I have to write about horror/comedy hybrids and draw a comic strip about bar patrons at rock shows. And more. A shallow, busy life is mine.

Anonymous said...
This comment has been removed by a blog administrator.
4:44 PM

Pops Gustav said...
This comment has been removed by a blog administrator.
5:09 PM

Agree with you about Daily Show and such. After I read the news, I am always left wondering, "Is it me? Or is this just really f-ed up?" Thanks to these programs, I know that things really ARE f-ed up, and I feel better. Well, somewhat better. You know... because it isn't me.

hey anonymous, if that really is your name. What time is recess?

peace through progress.
dave with an "a"