Making a nothing day seem worthwhile 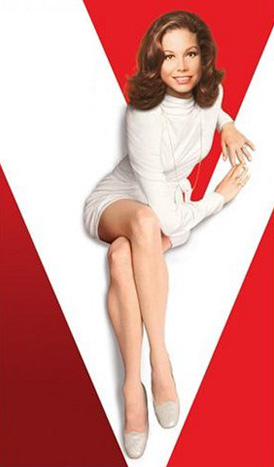 The eternal struggle between my desire to eliminate clutter / watch spending and my pop culture geekiness lost to the geek side again a few weeks back when I succumbed to an Amazon sale and bought seasons two and three of The Mary Tyler Moore Show on DVD (I already had season one).

There’s no buyer’s remorse. After spending time again with Mary, Lou, Rhoda, Murray, Ted and Phyllis, I was reminded how much that show was one of those extremely rare examples of TV alchemy. Creative freedom from network and studio given to brilliant producer / writers working with a perfectly cast ensemble made for some of the greatest tee vee ever. Not only does The Mary Tyler Moore Show hold up over three decades later, it has gained the weight and import of a true classic.

Not like The Brady Bunch, which is “classic” purely in a time capsule context rather than through artistic merit (I defy anyone to genuinely laugh at any episode). The Mary Tyler Moore Show (while very much a snapshot of the 1970s) is a classic because everything about the show rings true: The characters, the situations, the humor and the pathos (which was there). Relationships evolved naturally over the seasons, rather than being forced into change due to an actor’s increasing popularity (see Happy Days, M*A*S*H). The writing was smart, the acting broad but believable, and oh, man, that theme song gets me every time. As on Mary’s prior gig, The Dick Van Dyke Show, the heart of the Mary Tyler Moore Show is timeless.


This is not to say that I didn’t also feel a wash of overwhelming nostalgia for the Seventies as I watched a handful of episodes and bonus features late last night. I grew up in that decade, a period in American pop culture history that’s becoming less maligned as time goes on. ‘70s cinema is now regarded by many as the greatest era of American filmmaking. The disparate, often battling factions of ‘70s rock led to seminal punk, metal and even disco (hated it then, not so much now). And while much TV of that decade has become a bit moldy, there are a handful of shows (All in the Family, the Bob Newhart Show) that are aging like fine wine.

As we become further inundated with modern entertainment product that has more to do with corporate synergy, product placement and politically correct compromise than creativity, something as seemingly innocuous as The Mary Tyler Moore Show feels more and more like true art. And as I was watching Lou Grant pretend through gritted teeth to love Rhoda Morgenstern’s hyper-modern remodel of his now-white living room with the giant painting of a 5 on the wall (“I bet she looked at four other paintings before she chose this one!!”) while Mary Richards feared for her best friend’s life, I got so moved by (and envious of) the show’s perfection that I got teary.

Okay, granted, I had much wine. Still, Love is all around. Even if it’s on old TV.

You are a fuckin Pussy!

Thanks, Lino! But you forgot the apostrophe at the end of "fuckin'" and pussy isn't capitalized unless it's a proper name or at the beginning of a sentence or title.... please, good grammar is important.

I like Husker Du's version of "you're gonna make it after all". It is good. You will like it too.