Less Than Meets the Eye 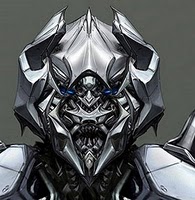 As life gets back to normal (for now, anyway), I can return to the mundane…

I saw TRANSFORMERS. Not because I wanted to so much as I felt I had to (see here for reason why). The movie itself was silly and loud. But more than anything, it made me feel old. In fact, no piece of pop culture, not SAVED BY THE BELL, not that book about Emo, not even BRATZ: THE MOVIE has ever made me feel more ancient than TRANSFORMERS.

There’s a shift in every nerd’s life that can be a jarring epiphany. When you’re a kid, everything you ingest from food to TV shows is made by people older than you. When you hit your late twenties, you start to notice advertising and other elements of consumer culture that prey on nostalgia… your nostalgia. I remember freaking out when a car commercial put a vehicle at the start of an enormous orange plastic Hot Wheels track. Realizing that the guy who wrote that ad was my age was kind of an signpost of adulthood. Suddenly, movies were being made of comic books from my youth, documentaries were produced about bands I grew up with (as opposed to those from the 1960s), nostalgic tomes about food packaging I remember picking up with Mom at the A&P were being published by Taschen and Chronicle.

Time marched on. And then one day, another car commercial. As the camera rotated around some vehicle lost to memory, the announcer asked what kind of lunch box I had as a kid. As I pondered the metal (now) collectibles that carried my Chef Boy-ar-dee Beefaroni and Fritos to Rohrerstown Elementary (Superman, Batman, the Green Hornet), the punch line came: “Was it THE A-TEAM?”

Wha--- NO! I was in COLLEGE when that stupid piece of crap premiered! I realized at that moment that I was no longer a part of the prime demographic, that even though I lived the life of a 25 year old, I was now in my thirties. Madison Avenue was done with me.

And now Hollywood is kissing the collective tuckus of the generation that followed X. True, I was (and remain) enough of a pop culture geek to know what Transformers was, to even have a snippet of the old theme wedged in my head (the “more than meets the eye… robots in disguise” bit, of course). But I’d never seen the show, never owned a toy, never read the comic book. I had zero… ZERO interest in seeing this movie.

And on top of that, when I’d see the trailer in the theater or a commercial on TV, I’d get very confused… “What’s happening? I can’t tell what’s going on in that shot! Is that a truck?” It all just looked like a jumble of CGI machinery with almost no discernable design. 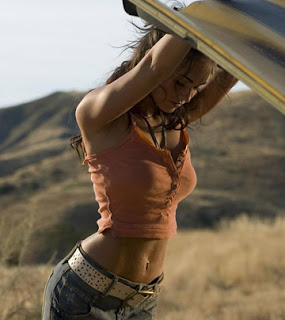 And yet, there Y and I were, plunked down at the AMC Loew’s 19th St. Theater in Manhattan, loaded up on margaritas and cheese, as Peter Cullen’s voice explained the origin of the Allspark… well, sort of. Actually, very little is explained in this movie, and even less makes sense if you’ve never owned one of the toys. I sat there feeling as if I had snuck into someplace I really didn’t belong, waiting for the lone nerd whooping and clapping behind us to notice my befuddled ambivalence and have the usher throw us out.

Of course, the fact that the movie had Michael Bay written all over it didn’t help. His patented rat-a-tat clichéd dialogue spoken by caricatured humans, the frat boy humor, the extreme angles and rapid-fire editing, the way that every woman is filmed like she’s in a soft-core porno (or, worse, an ad for Tag or Axe), the utter shamelessness of the product placement and the blasting music that should only come out of an IROC all made the experience even more alienating. Then again, it’s doubtful that a Transformers movie would’ve benefited from the light ironic touch of Sam Raimi or the introspective gentility of Bryan Singer.

TRANSFORMERS is what it is. And I am forced to remember my mantra, the words with which I try to ground all of my opinions, written and spoken: Everything’s subjective. Having no tie to the source material and no affinity for the style of filmmaking, I am in no position to judge this movie any more than I am BECOMING JANE. Then again, that movie at least has Anne Hathaway.

But I gotta say, I will NOT be going to MY LITTLE PONY: THE MOTION PICTURE.
1 comment: