At the Risk of Sounding...

One of my live show pet peeves is artists who scold an audience for talking. This is not to say that a yammering, inattentive crowd doesn’t suck. It does. But at a concert that takes place in a nightclub, it’s something that, with some exceptions, you simply have to accept. A nightclub (as opposed to a theater with seats) is a social atmosphere, where the music is just part of the experience. Not everyone there is there to hear the band, regardless of the cover charge they might’ve just paid. Some are there to hang out with friends, have some drinks, meet new people. For these patrons, the music is just background.

Most musicians realize this, whether they like it or not, and just deal. Some do not.

While working the bar Saturday night, I witnessed the biggest stage blowup I’ve ever seen. I’m not going to name names (you can figure it out, but let’s call him Lemmy). He’s a young singer songwriter who went through the sadly common wringer of getting signed to a major label right out of the gate, selling no records, and promptly getting dropped. So, there’s a chance he’s a bit bitter.

He’s still popular enough to draw a crowd, though, but here’s the thing: This guy’s bland, CW-ready brand of pop rock doesn’t exactly appeal to a discriminating group for whom music is a priority. In fact, much of his appeal lies in the fact that he’s got a real pretty face (Lemmy has also done some acting). The imagery surrounding Lemmy is all SEVENTEEN-ready, his shaggy hair and soulful eyes tailor-made for an audience that cares more about how their rave faves look than sound. This is evidenced by the mostly female crowds at this shows, the stripe of gal who gets all gussied up, hoping that he’ll notice her from the stage and bang ‘er in the bathroom. Or something. I’m just speculating, but I’d bet good money that 95% of the women at the show on Saturday night own SEX AND THE CITY DVDs.

And so, they talk. As they did on Saturday night as Lemmy and his band went through their set. About halfway through the show, though, Lemmy lost it. After delaying the start of a quieter song until everyone (temporarily) shushed, he started, then suddenly stopped, and SCREAMED at the audience: 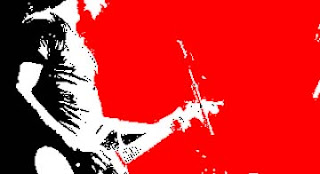 “Shut the FUCK UP, you FUCKING ASSHOLES!!! Do you have any idea how hard it is to stand up here and do this while you RUDE PIECES OF SHIT are out there TALKING? HAVE SOME FUCKING RESPECT, YOU MOTHERFUCKERS!!!!”

Now, aside from the first line, this is not a verbatim transcript. But I swear, it’s close. He ranted at the top of his lungs before going back into the song. I just looked up, said a soft, “Really?” and watched the crowd react with mostly justified disbelief. One patron about my age walked to the bar shaking his head in disgust while others hooted or laughed and a few lowered their heads in penitence. And absolutely nothing was gained, onstage or off.


Some years back, Lloyd Cole, a far more accomplished, talented and successful singer-songwriter than Lemmy did two nights solo at the bar. I’m a big Lloyd fan, and was somewhat disappointed that the crowd the first night was not very attentive. There was enough chattering that it was a bit difficult for me to hear the show from behind the bar. The next night, before we opened doors, I talked to Mr. Cole about it, lamenting the behavior of the audience. But his reaction was the opposite of Lemmy’s.

Lloyd agreed that it sucked, but said that he was fully aware of the social environment of the nightclub, that not everyone was there to pay rapt attention to him, and if he couldn’t hold the crowd, that was his problem. This humble acceptance of a crappy situation was revelatory to me, and indicative of an artist that’s out to make music, not be aggrandized.

For an artist to yell at an audience is a no-win situation. The people who weren’t paying attention are just going to take umbrage and get louder. And some people who weren’t talking are likewise going to feel alienated. Nobody likes to be treated like a child, especially by someone as petulant as a screaming five year old begging for attention.

Dude, these people just paid $10 to come in and have a good time, not to be scolded by a spoiled wannabe rock star. And you know what else? You know who’s to blame for their inattentiveness? YOU ARE. YOU are the creator of the tepid, unchallenging background rock that doesn’t appeal to the kind of discerning music fans who pay attention (and I’ve witnessed many shows with completely silent sold-out audiences). If your music were more interesting, you wouldn’t draw a crowd that yammers on about old episodes of FRIENDS or not wanting to pay taxes or their hair or whatever the fuck they were discussing.

At the Risk of Sounding cold, Lemmy, This Ship’s Going Down. You should make a New Year’s Resolution and Cover Up, because If They Come Again, they’re not going to be Absolutely Still and you will be The Only One Lonely enough to not Get the Joke come High Noon.

Or, to use words that aren’t yours, you reap what you sow.