Bronze Beauties #25: The Brave and the Bold 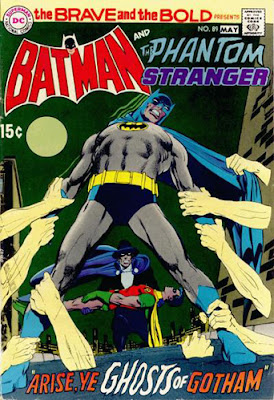 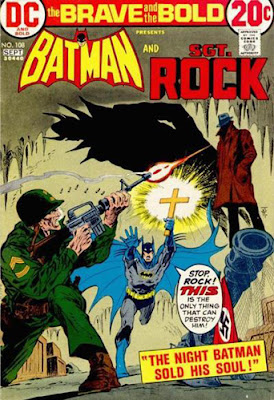 DC Comics’ THE BRAVE AND THE BOLD began in 1955 as an adventure anthology featuring such literary styled heroes as Robin Hood, Viking Prince and the Silent Knight. From #25 (Sept. 1959) through #49, B&B was a tryout comic ala SHOWCASE, introducing such series as Suicide Squad, the Silver Age Hawkman and most successfully, the Justice League of America. But with #50, the title introduced the concept of the one-on-one superhero team-up book, something that would become a staple of comics through the 1980s. Originally pairing seemingly random characters from the DC Universe (picked out of a hat?), by #67, the book became a Batman team-up book (with the exception of a handful of issues).

What made the book so interesting is that Batman, as a rule, works better as a loner. There are certain denizens of the DCU that work well with the dark night detective: the avenging spirit, Deadman; Steve Ditko's The Creeper; Green Arrow; Wildcat. But some of the more memorable issues of B&B were ones that paired Batman with some rather incompatible heroes: The sci-fi hero, Adam Strange; Jack Kirby’s Mister Miracle; the postapocalyptic Kamandi; Supergirl; and Lois Lane.

The vast majority of these stories were written by Bob Haney, a longtime comic scribe who had a hard time adjusting to comics’ increasing emphasis on continuity and verisimilitude. Some seriously goofy Batman stories took place within the confines of B&B. The irony is, they were usually drawn by two of the most evocative Batman artists of the era: The first Batman stories illustrated by Neal Adams took place in B&B in the late 1960s (Batman entering The House of Mystery was a particular treat). He did more covers than interiors, however, and this awesome face to B&B #89 (May 1970) featuring the Phantom Stranger may be my favorite of them all.

In issue #98, the Phantom Stranger returned to team with Batman in a story drawn by the former’s regular artist, Jim Aparo. Aparo almost immediately became one of DC’s go-to artists for the Caped Crusader. Aparo took Adams’ realistic style and gave it a gritty edge, so visceral you could practically smell the garbage in the Gotham alleys and Commissioner Gordon’s omnipresent pipe. Aparo penciled almost every issue of BRAVE AND THE BOLD from #104 through its cancellation with #200 in 1983.

Here’s Aparo’s cover to B&B #108 (Sept. 1973), a pairing with Sgt. Rock in a tale combining Nazis, the Devil and religion (a recurring theme for Haney). Could this cover pass muster today? Probably not, and while personally I’m not wild about a religious Batman, it’s a powerful image nonetheless. 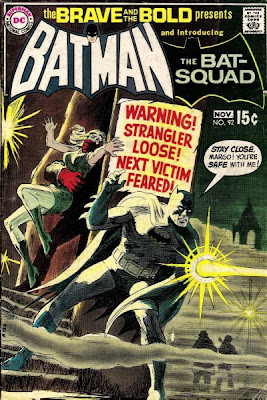 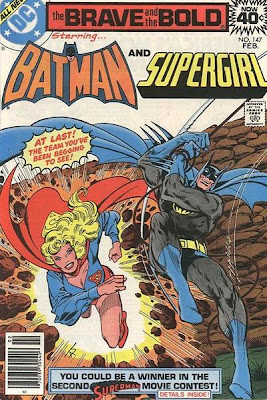 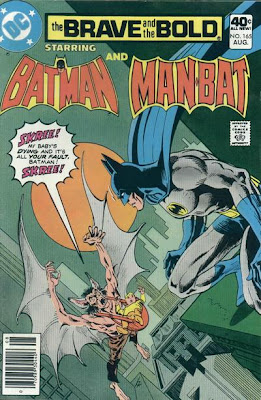