While ABC’s claim that Sunday’s LOST

finale is “the Television Event of the Decade” may be a bit hyperbolic, there’s no denying the excitement... and anxiety… that surrounds the final episode of a beloved TV show. Rabid fans of any series demand not just closure, but emotional resonance. After all, we’re saying goodbye to good friends here, not just clearing space off the DVR schedule. With that in mind, here’s our list of the Six Most Satisfying TV Finales of All Time.

“The Finale” (1998)
Granted, the much-maligned two-part ending to the legendary show about nothing is not the funniest episode of the series, despite the return of co-creator Larry David. But the finale is ultimately satisfying because it’s an unflinching, unsentimental reminder that, despite the immense popularity of these characters, Jerry, George, Kramer and Elaine are perfectly horrible human beings: Self-absorbed, vain, immature narcissists, really. Avoiding a cuddly M*A*S*Hification (in which antagonists become good guys) of its anti-heroes, Seinfeld stuck to its “No hugging, no learning” edict to the very end, making it finale manna for misanthropes everywhere. Anyone who expected or wanted Jerry and Elaine to get engaged at the end had this show confused with FRIENDS.

“The Gift” (2001)
We’re cheating a bit here, as this intended closer of the seminal teen vampire series turned out not to be, when UPN picked up the show from the WB for two more seasons. But as finales go, this one packed a wallop, especially coming on the heels of the heartbreaking episode, “The Body,” which dealt with death as powerfully as any drama (with or without demons). In “The Gift,” Buffy (Sarah Michelle Gellar) sacrifices herself in place of her sister Dawn by throwing herself into, and thus closing a portal opened by the evil Glorificus that will merge all dimensions and literally unleash Hell on Earth. For fans of the Scoobies, the final shot of Buffy’s tombstone, reading “She Saved the World. A Lot” carries far more resonance than the actual 2003 finale, in which Buffy becomes just one of many Slayers presumably headed to Cleveland (no, really).

STAR TREK: THE NEXT GENERATION

“All Good Things” (1994)
While sci-fi fans were robbed of a proper finale for the original Star Trek series (unless the 1991 film “Star Trek VI: the Undiscovered Country

” counts), the crew of the Enterprise NCC-1701-D got a proper send-off in this two-parter pitting Captain Picard against his arch-nemesis Q in a final battle to determine the worth of us pitiful humans. Picard’s time-shifting leaps will now feel familiar to LOST fans, and while the series had suffered a politically correct softening over the years, this resonant finale is a grand testament to Gene Roddenberry’s humanistic, optimistic vision of the future (and a much better sendoff to these characters than the tepid 2002 film, “Star Trek: Nemesis”).

“Everyone’s Waiting” (2005)
It’s no surprise that a show about mortality would end its five-year run with a heart-tugging finale (even after killing off its main character three episodes earlier), but nobody was prepared for the emotional wallop of Six Feet Under’s final six minutes.  As Claire (Lauren Ambrose) pulls out of the Fisher Funeral Home driveway to begin her 3000 mile trek to New York, we flash forward to red letter days good and bad for the family, including the deaths of every major character, cramming about 80 years of story into six minutes that defy even the casual viewer to keep away from the box of Kleenex. And speaking of said tissue product… 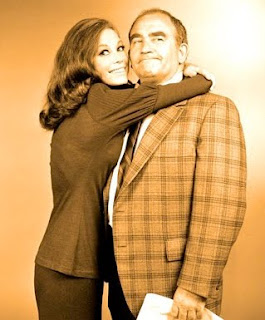 “The Last Show” (1977)
One of the greatest sitcoms of all time was one of the first to make its finale a true event, and its storyline proved to be prescient. In the episode, station WJM is sold to a new company that streamlines the news operation by firing solid workhorses Lou, Mary and Murray, while keeping the incompetent anchor, Ted. In the final scene, everyone gathers in the newsroom for a tearjerking group hug punctuated by a hilarious huddled shuffle to grab a box of Kleenex off of Mary’s desk. This is a prime example of a show going out on top (Mary killed the show, not CBS), and it set the precedent for all finales to follow.

“Made in America” (2007)
Okay, haters, pay attention. Tony Soprano was not killed at Holsten’s while munching onion rings and rocking to Journey in the final episode of The Sopranos. Nor was Carmela. AJ or Meadow. Oh, someone was most definitely whacked, but it wasn’t anyone onscreen; it was us. The startling conclusion of one of the greatest shows in television history made the audience a part of the story with its final act. Confirming Bobby Baccala’s theory earlier that season that when you get killed, “you never see it coming,” rapt Sopranos viewers were so focused on every seemingly innocuous person and activity in that final scene (Who are those guys? Why can’t Meadow parallel park? Did that man look at Tony?) that when the screen abruptly cut to black, we never saw it coming. Anyone who moans about the lack of a neat little bow tied on The Sopranos really wasn’t paying attention for those six brilliant seasons. But for those who reveled in David Chase’s gloriously gray microcosm of pursuing the American Dream at the dawn of the 21st century, “Made in America” was as delicious as those onion rings.

. But we refuse to put the saccharine-sweet FRIENDS

finale or that overblown M*A*S*H