In the early years of this glob, I posted a recurring feature called “Bronze Beauties,” spotlighting comic book covers that I loved from the era in which I came of the age, the 1970s, aka “The Bronze Age of Comics.”

I realized the other night that I never did a BB entry for any of the four big superhero movies coming out this summer, and so the feature has again been resurrected, at least through the summer (but probably beyond).

Kicking things off, here’s some covers for Marvel’s God of Thunder, the Mighty THOR!

Thor was introduced in JOURNEY INTO MYSTERY

#83 in 1962, created by Stan Lee with Larry Lieber and Jack Kirby as a mixture of Norse mythology and Superman (in the early years, Thor appropriated some of the Kryptonian’s sillier powers like super-ventriloquism and freeze-breath). 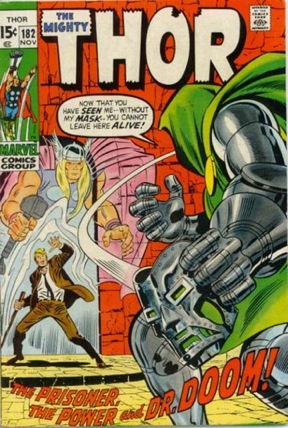 Thor was one of the rare Marvel Comics that actually got better after Lee and Kirby left the title. A series of stalwart Marvel Bullpen writers, including Gerry Conway, Len Wein and Roy Thomas worked with the quintessential Thor artist, John Buscema

to build one of comics’ most expansive (and at times befuddling) milieux.

Thor was never one of my favorites, but as with most comics of that era, these covers feature a mixture of elements (I love that logo) that grab my id and twirl it like Mjolnir (see the movie, you’ll understand). Unlike most Marvel Comics, THOR often used posing pin-up style covers that were more akin to DC’s style (something that I, as a DC nerd, always appreciated). 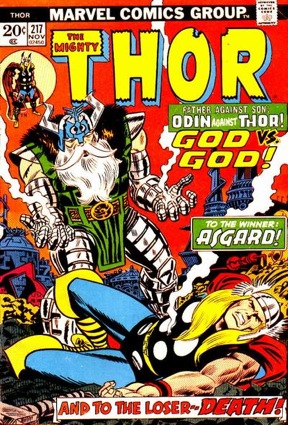 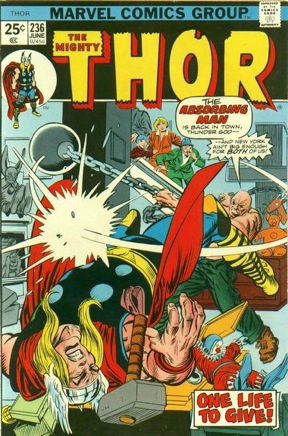 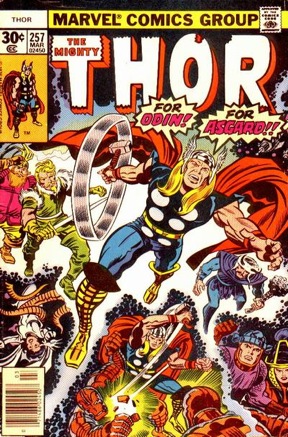