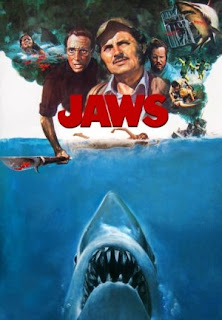 While trekking the damp, muggy 10K of AIDS Walk yesterday, Y, the Apple Queen, LTBeartaur and I passed the time by playing a game I made up some years back called MOVIELINES. I’ve mostly played this at the bar with the staff on really slow nights, but yesterday it dawned on me that it’s actually a pretty fun way for a group of nerds to spend a couple of hours.

The game works best with about a half dozen players, and at least two of them should be fairly hardcore movie geeks. This is because you have to be able to remember five lines of dialogue from each film chosen, as well as some pertinent information on its history.

Players take turn being the ACTOR, delivering the lines to the AUDIENCE. The Actor thinks of a film (it should be a popular movie that people have probably seen, or the game doesn’t work) and then delivers five lines in descending levels of difficulty. For example, if doing JAWS

, you don’t start with “You're going to need a bigger boat,” you use something like “I don’t need this working class hero crap,” then build with ”Okay, so we drink to our legs!” followed by “For that, you get the head, the tail, the whole damn thing” and “Smile, you son of a bitch!” The point is to say a line that’s somewhat vague, that sparks recognition, but not immediate identification and go from there. If a line mentions a character that will give the film away, it’s at the Actor’s discretion whether or not to say the name.

Every member of the Audience gets one guess, and if nobody is right, then the Actor gives the first of a series of four clues: Decade of the movie’s release, followed by (after the second line is given, again if nobody gets it) number of words in the title, then the film’s genre and the final clue is the name of one of the supporting actors (not one of the leads). There is no clue after the final line (which should be the most obvious one).

MOVIELINES isn’t really a game that you score, with winners or losers, because it’s rare that the playing field is level. The scenario is usually a few giant nerds (like me) playing with people who may well love movies, but use their brain wrinkles for more important things than memorizing lines and release dates and actors. In this case, the Actor role is taken by whomever thinks of a good film to do, and sometimes that’ll be the same person two or three times in a row. It’s still a fun game.

I’m gonna guess that hardcore movie geeks may have gotten that with the first line, serious cineasts with the second, lots of people with the third, many more by the fourth and if you didn’t figure it out by the end, then I’m sorry I’ve wasted your time. Oh, and your mother sucks cocks in Hell.

Email ThisBlogThis!Share to TwitterShare to FacebookShare to Pinterest
Labels: for real, movies

I got it on the first one, as it's my favorite movie!
-your brother