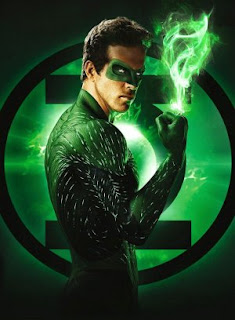 of most iconic superheroes is Superman, Batman and Wonder Woman. But who’s #4 in the DC Universe? Until now, it’s been kind of a toss-up between the Flash

, but after this weekend, the scales may tip in GL’s balance with the release of Martin Campbell’s big screen adaptation of the story of Hal Jordan.

I have no idea what’s going to happen with the GREEN LANTERN movie. Like most fanboys, I wasn’t initially crazy about the casting of Ryan Reynolds (Hal Jordan is not exactly a smart-ass) and the toe-baring CG costume. But with each subsequent trailer, it looks like they nailed the vast scope of this part of the DCU and have done a remarkable job of priming the general public as to the concept of the Green Lantern Corps. Whether they have interest in this unique combination of superheroics and sci-fi remains to be seen. The main drag for the fanboys is that we know in advance how the movie’s going to end (ditto CAPTAIN AMERICA).

as a science fiction hero, our space sector’s chosen recruit for an intergalactic peacekeeping force, the Green Lantern Corps

. As written by John Broome and drawn by Gil Kane

, Green Lantern was one of the key figures of the 1960s Silver Age superhero renaissance.

) indicated that the times were (yes, I’m going to say it) a-changing. DC Comics was being infused with—some veterans said taken over by—fresh, idealistic young writers like Denny O’Neil, who took over the title with this issue. Using the comic as a platform to tackle social and political issues, O’Neil paired GL (depicted as a conservative symbol of the establishment) with Green Arrow, who had recently been revamped from a mere Batman clone into a radical, van dyke-sporting leftist. Along with Black Canary

and a member of the Guardians of the Universe (who oversee the GL Corps from the planet Oa), the “hard-traveling heroes

was one of the first superhero comics to push the boundaries of the formerly staid genre, ushering in the Bronze Age of Comics. In GL #87, John Stewart was designated as the new sub for Hal in case of emergency, becoming one of the first African-American superheroes. Neal Adams

’s realism-based illustrations further signaled a change in the medium. And while the series only lasted until #89, its impact has never gone away.

Green Lantern bounced around the DCU for the next handful of years, starring in backup stories in THE FLASH, appearing in JUSTICE LEAGUE OF AMERICA and other random titles, until his own comic was resurrected in 1976. This time, the series went back to its more science fiction ‘60s roots, and over the next few decades, readers met more and more members of the universe-spanning Corps.

To sum up what came in the next few decades would not only take another couple of thousand words, but the taste in my mouth would go from sweet to sour as Hal Jordan was one of the main casualties of the so-called “Dark Age” of comics in the 1990s. Suffice it to say that Parallax (the evil entity of the new movie) was involved and Hal Jordan died and there were some replacement Green Lanterns with really awful costumes and eventually DC Comics realized that they needed to bring back Hal and everything’s kinda back to normal now (the number of times DC’s gone back to the core characters after failed “reboots” makes you wonder if they’re ever going to learn their lesson…. Based on recent news, apparently not).

Despite GL #75 being released in 1970, it’s still very much a Silver Age book, and I include it here primarily to showcase the stark change from that issue to the groundbreaking #76 (which, coincidentally, hit the stands the very month I started buying comic books). 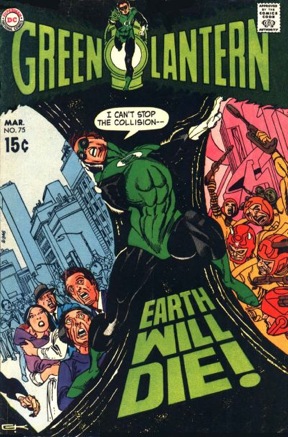 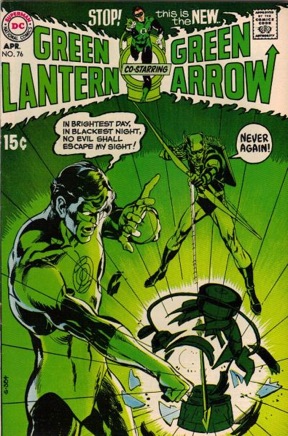 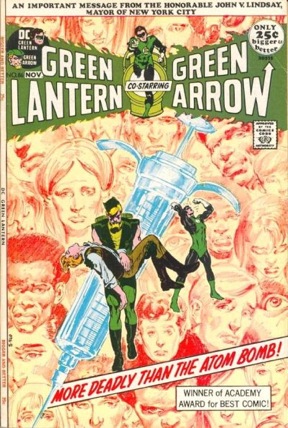 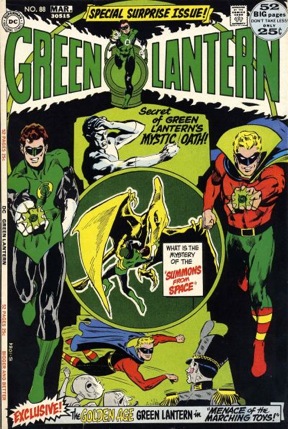 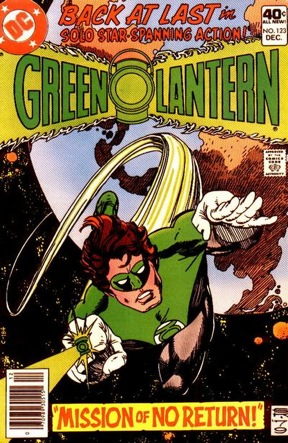