and many more, the Smurfs at long last make their big screen debut (only a decade or two after most would really care), begging the question: What other classic cartoons could possibly be left for a live action / CGI movie adaptation? Well, lots, actually, but we’re only listing the top ten (along with some cast and director suggestions). 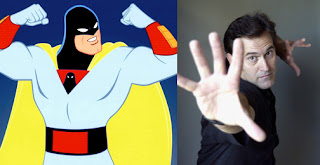 Before he was a snarky talk show host, Hanna-Barbera’s “Batman in space” fought evil aliens with his teenage sidekicks Jan and Jace and their monkey, Blip (not to be confused with the Wonder Twins’ space monkey, Gleek). A tongue-in-cheek live action version in the vein of THE INCREDIBLES

could appeal to both kids and nerdy adults (and, if he wouldn’t mind mining the same territory, could be a perfect fit for director Brad Bird). Bruce Campbell, you’re not too old to don the diaphanous cape and save the galaxy from Brak

A group of living gargoyles in ancient Scotland are cursed to remain stone until their castle rises above the clouds. When a billionaire relocates the structure to Manhattan centuries later, the beings return to life at night, where they battle the evil denizens of the city. Now that Disney owns Marvel, this well-regarded ‘90s gothic superhero cartoon from the Mouse House seems like a no-brainer. Finally, a superhero movie that Tim Burton wouldn’t screw up!

showed). But someday, perhaps a decade after the show finally ends its historic run on TV (assuming that day ever comes), nostalgia is going to demand that Homer, Marge, Maggie, Bart, Lisa and the denizens of Springfield be resurrected, and since replicating an icon is an impossible task, why not try a live version? The big question is, where are they going to find so many actors with jaundice? 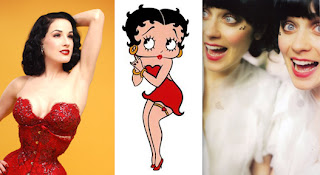 There are two ways to go here: A period piece set in the flirtatious flapper’s milieu of the 1930s could deal with the struggling singer’s career aspirations in the midst of the depression (with Dita von Teese in the title role?). OR, bring Betty into the present, as a wacky artist who, along with her eccentric friends (Grampy!), fights a group of corporate real estate developers with their eyes on the loft building they all share (or some David-vs-Goliath tale). Zooey Deschanel, perhaps? Or (dare I even suggest) Katy Perry?

Genndy Tartakovsky’s stylistically groundbreaking 1996 series introduced boy genius Dexter, whose seemingly endless hidden laboratory remained a secret from his clueless parents, but sadly, not his pesky older sister, DeeDee. A live adaptation would be tricky, but could be done, hopefully capturing the multi-leveled humor and sharp satiric quality. Sounds like a job for Spike Jonze!

A live version of Hanna-Barbera’s modern space-age family has been bandied about for years, but as with so many cartoon and comic book movies, it took time for filmmaking technology to reach the point where it could do the concept justice. The opportunity is there to make the movie a smart commentary on our ever-increasing reliance on technology and gadgetry, which would require a smart, seasoned filmmaker like John Landis or Harold Ramis… with Stephen Colbert

as the beleaguered employee of Spacely’s Sprockets, George Jetson and Christina Hendricks as Jane, his wife? 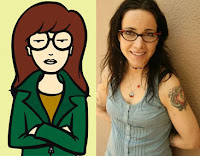 Here’s a thought: Instead of repositioning MTV’s cynical cartoon heroine of the late 90’s as a live action teenager today, why not imagine Daria Morgendorffer as a woman on the cusp of 40, wallowing in the kind of tough self-analysis that middle age brings upon the lifelong nonconformists (Hello, Janeane Garofalo)? If Judd Apatow makes the movie, she’ll endure painful laser tattoo removal treatments, throw away her record collection, marry an accountant, have lots of babies and live happily ever after! Aw, nice!

SPIDER-MAN AND HIS AMAZING FRIENDS

It seems as if next year’s Spider-Man movie reboot is aimed more at the TWILIGHT set than the older fanboys who ate up Sam Raimi’s unabashedly retro superhero flicks. But if that film flops, why not go even younger with a live action adaptation of this ‘80s kiddie cartoon, featuring Spidey (Daniel Radcliffe needs a new franchise) teaming with the flaming hot Firestar (comeback for Lindsay Lohan, perhaps?) and the wisecracking Iceman (Frankie Muniz, your trainer awaits). They could even use that stupid poodle or whatever Aunt May’s annoying dog was in that show. Nah, maybe not.

H-B’s swingin’ sixties series pitted a diverse group of racers in eleven crazy, souped up cars against each other in road races across the country every week. Would the evil Dick Dastardly in his Mean Machine win by any means necessary? Or would the trophy go to Professor Pat Pending in his Convert-a-Car? Lazy Luke and Blubber Bear in the Arkansas Chug-a-Lug? Or what about the goth Gruesome Twosome in their Creepy Coupe? Will Ferrell and Adam McKay, here’s your chance to make up for LAND OF THE LOST

I guess. I can’t stand anime, but I know lots of you folks love it, so I just picked a popular anime series at random. Hey, it’s got teenage ninjas and it’s fast paced and there’s colors and stuff! Win-win, right? What’s that? THE LAST AIRBENDER was based on an anime series? Oysh… next.

Of all the classic Looney Tunes / Merrie Melodies characters, the short-tempered schlub with the speech impediment is the most viable for a live action translation. And while it may seem like a fool’s errand, think about the possibilities of a black comedy set in a world that’s recognizable, but not quite real; Alexander Payne or Wes Anderson could meld the anarchic, surrealistic sensibilities of the classic Warner Bros. cartoons with a postmodern pathos to possibly create the first cartoon adaptation to screen at Sundance. Paul Giamatti, get to work on that rhotacism!

Okay, that was eleven, but the Naruto entry doesn’t count. Oh, and I know Miss Lion was a Lhasa Apso. I have the Internet, too, you know. The point is, as with comic books, the cartoon well is nowhere near empty, at least as far as Hollywood producers are concerned. Whether or not Internet reports of HONG KONG PHOOEY

Good roundup, but I wouldn't see any of those (The Simpsons excluded). And I liked The Simpsons movie.