Summer Superhero Movie Recap: What Worked, What Didn't, What Comes Next

Now that Captain America has slung his mighty shield across the cineplexes, 2011’s summer superhero quadrumvirate—Thor, X-Men: First Class, Green Lantern and Cap—is ripe for a recap (SPOILERS WITHIN, PROCEED WITH CAUTION): What worked, what didn’t, and most importantly, what comes next? (Oh, and even though they bested all four DC and Marvel characters at the box office, I'm not counting the Transformers or Harry Potter, okay?). 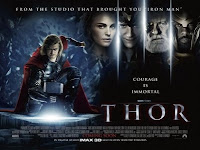 , successfully introducing another lesser-known Avenger (ala “Iron Man”) to the general public.

WHAT WORKED: The scenes in Asgard are beautifully majestic, and the casting is pretty spot-on (with a few exceptions). Chris Hemsworth is suitably godlike, and the scenes of him learning his way in Midgard (uh, Earth) are pretty funny. Tom Hiddleston embodies Loki’s jealous conniving with abandon, never veering into caricature. Idris Elba as Heimdall, the Asgardian gatekeeper practically steals the show. And for the fanboys, Jeremy Renner’s cameo as Clint “Hawkeye” Barton was a nice “Avengers” tease.

WHAT DIDN’T WORK: Well… a lot, actually. Natalie Portman adds to her already substantial geek-film résumé while lacking any true gravitas as astrophysicist Jane Foster (Why exactly does Thor fall so hard for her? I can’t tell). Kat Dennings’ wisecracking Darcy is a grating rom-com stereotype who adds nothing to the story. But Thor’s biggest problem is one of scope: The Destroyer (a simple, mindless automaton) as a threat just doesn’t feel big enough, especially as the scene is confined to the tiny New Mexico town (it’s kind of like if the Phantom Zone villains had been defeated in East Houston, Idaho in “Superman II

”). And alas, verily do I wish the Mighty Thor wouldst have spake in the regal Shakespearean dialect of the comics.

WHAT COMES NEXT: “The Avengers,” of course, and the post-credits scene teases that Loki is going to attempt to gain control of the Tesseract / Cosmic Cube, a Marvel Comics artifact that grants its possessor unlimited power (see the last film on this recap). After that, Thor is scheduled to return in another solo adventure, only this time without Kenneth Branagh at the helm.

had maybe the lowest profile of the four films, making its wide critical success a pleasant surprise for the fanboys (it was the film I was anticipating the least, but enjoyed the most).

WHAT WORKED: The 1962 setting allows director Matthew Vaughn to mine some new territory for the genre, and tying the public emergence of mutants to the Cuban Missile Crisis is a hoot, even if I wish they’d have milked the MAD MEN

-milieu a bit more. Leads James McAvoy and Michael Fassbender both shine as the pre-Professor X and Magneto, and Kevin Bacon does some superb scene-chewing as the all-powerful Sebastian Shaw. The action is fantastic and that little cameo by a certain established X-Man is great fun (regardless of the profanity that offended so many delicate parents).

WHAT DIDN’T WORK: Sadly some of the supporting cast is either forgettable (Riptide, Housefly—er, Angel Salvadore and a sadly underused Banshee) or just plain bad (January Jones… Emma Frost

is supposed to be diamond, not wooden). But the biggest beef with First Class is that it confusingly contradicts some of the continuity established by previous X-Men movies (such as when Charles ended up in a wheelchair and the presence of an adult Emma Frost, who appears as a teen in “X-Men Origins: Wolverine

WHAT COMES NEXT: Reportedly, First Class is supposed to be the first in a prequel trilogy, but with so many of the most popular X-Men used in the modern-day first three movies, they’re going to have to settle for some more mutant B-listers. My guess is that if Hugh Jackman weren’t still strapping on the adamantium claws for another Wolverine

besides Beast (Cyclops, Angel, Iceman and Jean Grey, aka Marvel Girl) to be the founding members of the team.

GREEN LANTERN
Released: June 17. Worldwide box office to date: ~$146 million. Rotten Tomatoes rating: 4.6/10
The only DC Comics entrant in the superhero sweepstakes this year was a critical clunker and quickly fizzled at the box office, putting a serious damper on Warner Bros.’ attempt to build a successful cinematic DC Universe beyond Batman.

WHAT WORKED: The Green Lantern Corps

has a vast mythology in the comics, a unique hybrid of science fiction and superheroics, which is actually captured pretty well in the film—as far as it goes. The planet Oa, the blue-skinned Guardians and the many otherworldly ring-bearers all look great. The special effects team did a really good job of bringing the different manifestations of the rings’ power to life. And Mark Strong makes an absolutely perfect Sinestro 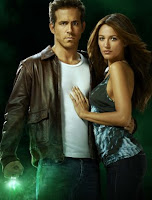 WHAT DIDN’T WORK: Almost everything else. Casting Ryan Reynolds as a smart-alecky Hal Jordan (the opposite of his personality in the comics) may have worked if they didn’t tack on his pointless crisis of self-doubt. Blake Lively is yet ANOTHER too-young, too-thin, too-inconsequential, forgettable female lead. Peter Sarsgaard is a great actor, but Hector Hammond is a dull, pointless villain. The film should’ve been a cosmic adventure taking advantage of its sci-fi pedigree, with numerous Green Lanterns battling Parallax as he cuts a destructive swath through space, heading towards Earth where the newest member of the Corps proves his mettle alongside his ring-wielding brethren. Ultimately, “Green Lantern” feels like a compromised product, a movie that could’ve been great until executives started worrying it wasn’t going to appeal to a wide enough audience and demanded more romance! More angst! More jokes! More toes on the costume! Yeesh.

WHAT COMES NEXT: The big difference between DC and Marvel is that Marvel has its own studio, and thus more autonomy in how its characters are depicted onscreen. DC Entertainment merely serves in an advisory capacity to the filmmakers who adapt their properties, and it’s rare that they end up in the hands of a visionary like Christopher Nolan. If a Green Lantern sequel is, uh, green-lanterned by Warner Bros., here’s hoping they have a little more faith in the source.

WHAT WORKED: Sadly, not a whole heck of a lot. The evolution of Cap from USO monkey to super soldier is a nice embellishment of the origin. Tommy Lee Jones and Stanley Tucci are great, as always, and Hayley Atwell sure is pretty. But other than that, the best that can be said of “Captain America” is that it’s a serviceable final lead-in to “The Avengers.”

WHAT DIDN’T WORK: There’s a lot of wasted time and potential in this two hours (I’m guessing deleted scenes on the DVD will help). Like Ryan Reynolds in GL, Chris Evans was okay, but lacks the kind of emotional heft necessary to portray the “man out of time” he’ll be in future films. The Howling Commandos

(as they’re called in the comics) are barely introduced, indicative of the lack of character development in this movie. Hugo Weaving’s Tesseract-wielding Red Skull

is more cartoony than the version in the Avengers animated series

. And, as predicted, the downplaying of the Nazi threat in favor of the fictional Hydra neuters any historical weight to the drama (a real missed opportunity). Ultimately, the entire film feels like an extended trailer for “The Avengers.”

WHAT COMES NEXT: Did we mention “the Avengers?” After that, of course, plans are for the star-spangled superhero

to tackle modern day tyranny in his own sequel.

Four superhero movies in three months is certainly testing the tolerance for an oft-maligned genre, but those suffering from DC/Marvel fatigue will only have the rest of the year to recover. 2012 is going to be the biggest superhero movie year ever. Aside from Iron Man, Thor, Captain America, the Black Widow, Hawkeye and the Hulk teaming up in Joss Whedon’s “The Avengers,” there’s “The Amazing Spider-Man” reboot and the conclusion of Christopher Nolan’s Batman trilogy, “The Dark Knight Rises.” (Zack Snyder's "The Man of Steel" was just pushed from December 2012 to June 2013). And that’s not mentioning The Lone Ranger, Judge Dredd, Men in Black 3, John Carter (Warlord of Mars), Underworld: New Dawn…

In short, there’s still a lot of evil to defeat. The problem with superhero movies isn’t really that there are too many of them (after all, it’s just a genre… few people decry romantic comedies or horror films or police dramas based merely on their ubiquity). The problem is that the studios are often afraid to take creative chances, resulting in movies that feel like rote retreads (again, “The Dark Knight