NOTE: Now that the book is "finished," I'm in final editing mode, preparing images, and searching for a publisher. Any inquiries should be sent to karl@popsgustav.com.

You’d think that after a few years of full-time music retailing, I’d have become jaded, but spending so much time at BBC didn’t dull the shine of shopping in other record stores. Maybe not for new stuff, since I could order practically anything I wanted, but finding rare, out of print and old records remained an obsession. Searching out old used vinyl remained a ritual that had as much to do with the act of collecting as listening to the music acquired.

It was also something that my brother Ken and I shared. We would hit flea markets, thrift stores and used record shops and line up for the annual Lancaster Library Sale (which sold donated records in addition to books) in hopes of getting the good stuff before some other collector did.

One day in January of 1993, my wife’s realtor uncle said to me, “Hey, Karl, you’re into records, right?” I affirmed that was a proper assessment. Uncle Sal told me that a tenant of his had died, an old lady with no heirs who was apparently a major pack rat, and had left her collection of books and records to the Lancaster County Library. However, when Sal contacted said establishment, they had no interest in taking them. “So, if you wanna come see if there’s anything you want…”

I said sure, and asked if my record-collecting brother could come as well. And so, one cold morning in early February, I picked up Ken and we drove to Uncle Sal’s office with relatively low expectations. Odds were this was just going to be a handful of cartons of beat-up Lester Lanin albums and original cast albums of West Side Story and Oklahoma! Still, what could it hurt to take a look?

The old lady lived in a small apartment over a garage in the parking lot behind Uncle Sal’s office building. I can’t imagine it wasn’t at least somewhat depressing, but I never saw the space itself. All of her belongings had been boxed up and put in the space below. “Okay, fellas, take as much as you want… the more you take, the less I have to get rid of,” urged Uncle Sal as he unlocked the garage door and rolled it open on its squeaky metal track. 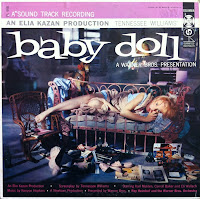 Ken and I were immediately taken aback by the sheer volume of cardboard boxes stacked in the cold garage; There were dozens. Literally thousands of books and records… it was simply a mathematical probability that at least some of them were worth keeping, right? Uncle Sal left us to our excavation and we each grabbed a carton and opened it.

Our jaws dropped and drool began to form at the corners of our mouths. We turned to each other with the wide eyes of avaricious collectors waiting to pinched awake from a common, yet impossible dream. This was no stash of worthless junk. This woman was a serious collector of pop culture, and had been since the 1940s.

There were hundreds of jazz and pop vocal albums by Ella Fitzgerald, Nancy Wilson, Francoise Hardy, Tony Bennett, Harry Belafonte, and dozens more. She had over 60 Frank Sinatra records (albums, 10” EPs and 7” singles) from his Columbia years through Reprise. She collected tons of soundtracks to films like La Dolce Vita, Baby Doll, A Streetcar Named Desire, and The Wild One. There were early Elektra folk records, comedy albums by the likes of Mike Nichols & Elaine May and Stan Freberg, and a bunch of celebrity vocal sides by Patty Duke, William Shatner and Leonard Nimoy. She owned classical albums and world music and—perhaps most unexpectedly—every single Tangerine Dream record! 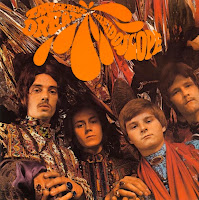 And here’s the thing… they were all in perfect condition. In fact, the only “defect” by collector’s standards was a uniform marking somewhere on the back of each album: Her name, set in a bold serif typeface, hand-stamped in black ink from a custom-made rubber stamp she no doubt had made for the sole purpose of staking a claim on her beloved collection.

Between the two of us, Kenny and I walked away with over a thousand records that day, some of them worth hundreds of dollars. Why didn’t the Lancaster library want this stuff? We had no idea, but felt guilty enough about taking what was intended for them that we made a financial donation to the institution in the old woman’s name. Of course, we didn’t feel so guilty that we didn’t keep the records. Collectors can have a conscience, but we are rarely unequivocally selfless.

But I like to think that the old woman would be glad that much of her collection went to people who genuinely appreciated it. Every time I pull out one of those LPs, I’m glad that she stamped her name on the covers. In a way, it’s keeping her alive; it’s a memorial of sorts to this old lady that I genuinely wish I had met. It’s easy to imagine that, despite a large age difference, we had a lot in common. We were both collectors. We loved music (even some of the same singers) and film and art. And we probably both felt more connected to those things than to most people.