The Paradox of "Proudly Macro"

As much as I hate sports (and I do), I understand the general public’s enthusiasm for the athletic competitions, particularly championship events like The Worldly Series or the Superb Ball.

But what I do not understand is people who get excited about the commercials that are pitched as “events” during that latter event. Let me get this straight, you’ll DVR shows so you can fast forward past all commercials the other 364 days of the year, but on that Sunday in February, suddenly you love advertising? Just because it’s got celebrities and puppies? People are weird.

But this year, there was one much-disseminated Super Bowl ad that caught my interest: Budweiser’s “Brewed the Hard Way” spot, which takes a cynical swipe at the craft beer revolution.

Let’s ignore the obvious hypocrisy in the fact that Anheuser-Busch has a substantial craft beer division that’s purchased numerous small breweries (including a recent acquisition of Washington’s Elysian Brewing, which is known for making a [ahem] pumpkin peach ale). After all, this ad for is for one particular A-B product, not the entire company. I’ll also let it slide that they go from deriding those who parse tasting notes to bragging about being “beechwood aged” (whatever that is).

Rather, it’s the line, “proudly MACRO” that gets me. It’s like Budweiser is bragging about trying to appeal to the lowest common denominator as if it’s some esthetic triumph. Similarly, the “golden suds” terminology and implication that beer drinking isn’t an activity that’s supposed to involve, you know, TASTE leave me wondering, just what is their point? That shitty beer is better than craft? Why are they so goddamn adamant about trying to convince us that their beer is enjoyed by people who LOVE TO DRINK BEER?

I guess in some cases that’s the case, but for many consumers of said beverage, I’d say the opposite is true. Budweiser (and its other macro ilk) are the choices of people who THINK they love to drink beer. They may like to get wasted (in which case, I can point them in the direction of some oak aged stouts, Belgian quadruples, or imperial IPAs—not to mention, you know, hard liquor—that will get them there way faster than a 5% ABV Bud). They may enjoy having their thirst quenched (water does the trick as well). But what they’re drinking is really only “beer” in the larger sense. Real beer doesn’t add a lot of rice or high fructose corn syrup, or MSG, or insect based dyes, or chemical additives to enhance the beer’s head (something most if not all macros do). Real beer is water, barley, yeast, and hops (or some variation). That’s it (and don’t even get me started on light beer, which is LITERALLY watered down pilsner). 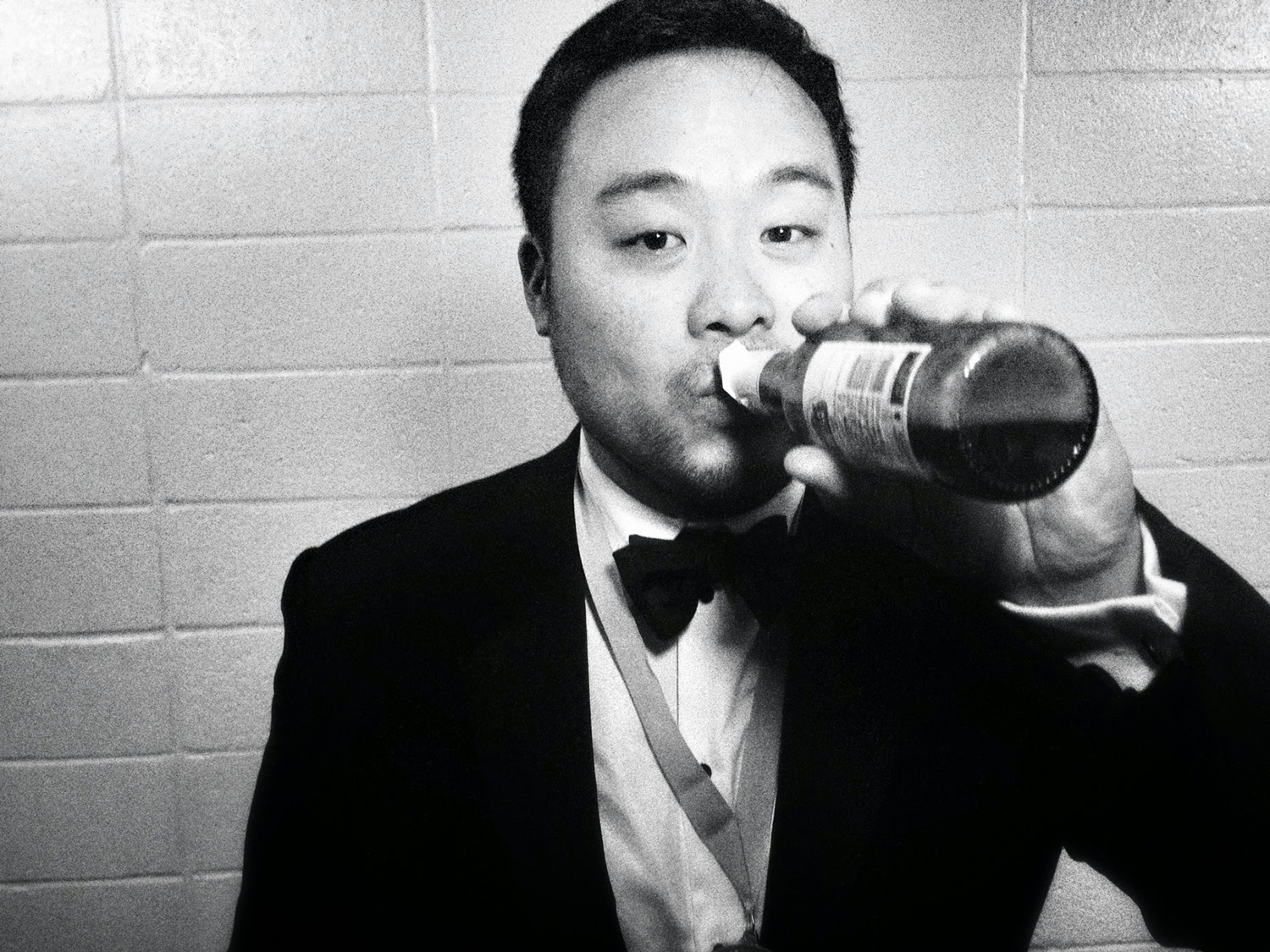 Momofuku founder / celebrity chef David Chang pissed off Brooklyn Brewery's Garrett Oliver last year with an oddly uppity article for GQ Magazine entitled, “My Name is David Chang, and I Hate Fancy Beer.” The piece was a rambling chunk of reactionary bullshit as the famously contemptuous Chang (“no vegetarian options!”) flailed about trying to make his preference for “watery, shitty beer” sound like a punk rock call to arms instead of the defensive, poseur rhetoric it is. (For Oliver’s brilliant retort, go here. Oh, also, Ninkasi Beer created a video response to Bud’s ad here).

I have more than a handful of acquaintances who—like Chang—loudly and frequently crow about their preference for various old school workingman’s brews. It’s undeniable that with a good chunk of them, it’s hipster posturing more than it is a matter of taste. The rockabilly ensemble (for example) just isn’t complete without a can of PBR. I guess to their carefully curated image, a bottle of Anchor Porter clashes horribly with a leather jacket and cuffed jeans.

My guiding mantra is, “Everything is subjective.” I try to always espouse my opinions on anything as just that: Opinions. Regardless of how much I loathe, say, Van Halen, I will never phrase my distaste as, “Van Halen is the worst band ever, except for the Grateful Dead,” but rather, “I would sooner poke my eardrums out with a rusty knitting needle than be forced to listen to any iteration of Van Halen.”

But when it comes to the culinary world, subjectivity at least partially gives way to empirical fact. While “better” can certainly be considered a subjective adjective, the relative merits of the ingredients in a food or beverage cannot help but be measured qualitatively. Is a Peter Luger steak of a higher quality than the meat in a White Castle slider? Of course. By any standard other than personal preference, it’s “better.”

This is not to say that someone can’t prefer that shitty cardboard square on a bun to a rare piece of sirloin, but that’s not the point.

Of course, Budweiser has its place. I may be somewhat of a beer snob, but I’ll knock back a Bud or five with no shame at a cookout or a rock show. But even when that Bud feels like the most refreshing slug of “golden suds” I’ve ever slid down my gullet, I’d never elevate that experience as something superior to enjoying a Kane Night to End All Dawns (my mouth is watering just typing those words). 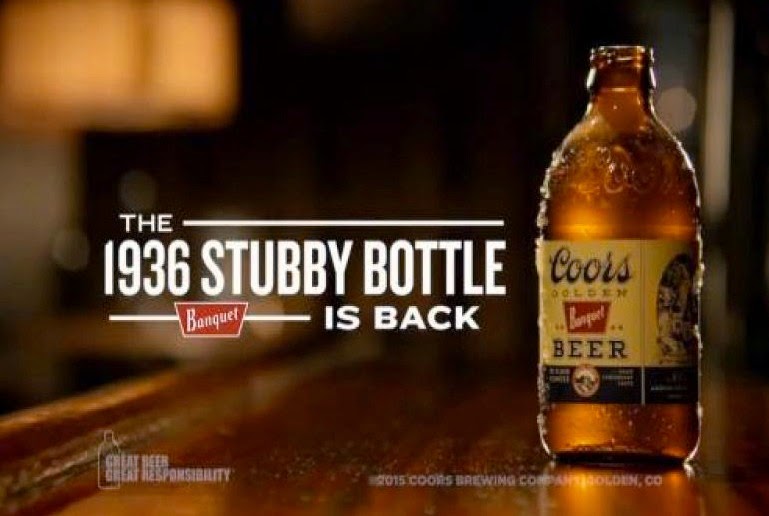 Coors (a company whose products I spurn across the board for reasons beyond just taste) is infamous for marketing campaigns that focus on the packaging rather than the product. David Cross has made fun of their “wide mouth” cans, and the gimmick of the mountains that turn blue when the beer is just the right amount of cold. Recently, the company made a big deal about bringing back the “1936 stubby bottle” for its so-called “Golden Banquet” beer, as if anyone really gives a shit except maybe your dementia-addled great-great-grandfather who has a brief recollection of getting soused on the stuff because it was the only beer he could get. Coors Light is frequently referred to as the “coldest beer,” which is not only a claim entirely dependent upon where and how it’s stored, but has nothing to do with taste. Because, let’s face it, Coors Light has no taste (it’s claim to being the “world’s most refreshing beer” has more to do with the sheer amount of water in it than anything else). And yet, I have encountered people who claim that it is their very favorite beer, to the extent that I once had a group at a wedding hosted at the bar where I worked buy their own case of the crap, despite every one of our 30+ beers being available to them on the open tab.

There’s a certain amount of anti-intellectualism inherent in the craft backlash. Americans have a tendency to be wary of anything that’s overly complex or takes some getting used to. It’s much easier to just decide that an avant-garde composer or genre-challenging indie filmmaker “sucks” than it is to admit you don’t understand the work.

I am most decidedly NOT a cultural elitist. I often refer to myself as a cultural lowbrow with high standards. Give me a well-made superhero movie over a piece of cinematic high art anyday (I’d much rather watch THE DARK KNIGHT for the hundredth time than see BIRDMAN). But I’m not going to brag about that preference as if it is a superior point of view. Chang and Budweiser are being pretentious about their lowbrow tastes. Which isn’t just dumb, it’s—by definition—impossible. So, guys, do yourselves and all of us a favor… stop being a dick about it.