We’re back with another gallery of old newsstands (and various other related images) stocked with comic books, wholesome and otherwise for the kiddies! A few notes on some of the pictures…

The photo from 1936 featuring a handful of Christmas comics from the fledgling pre-superhero medium may be more notable for the magazine the woman is picking off the stand: The first issue of LIFE Magazine.

In the 1939 picture, note that—despite being an overnight sensation—Superman had still not become the regular cover feature on the anthology ACTION COMICS (that would happen ten issues later with #19). There’s a better reason that Batman’s not on the cover of DETECTIVE COMICS… he wouldn’t debut until three issues later in #27.

In the photo from December 8, 1941 (the day after Pearl Harbor was bombed, kids), the frivolity shared by Superman, Batman, and Robin on the cover of WORLD’S FINEST would be supplanted for the next seven issues by patriotic imagery of the heroes supporting the war effort.

The 1947 photo was presumably used by a distribution company to demonstrate how best to display periodicals on the stands (if you know the details, let me know).

In the first 1948 photo, there’s an issue of TRUE CRIME COMICS #2, cover dated May 1947. The only possible explanation is that issue #3 didn’t come out until more than a year later, so it’s entirely possible this book sat unsold on the line for a full year.

The provenance of the image with the woman in the stockings from 1951 eludes me at the moment, but I assume it was from some girlie mag of the time (again, any further information would be appreciated).

The peach-colored 1960 picture was also from a distribution catalogue. And the last photo is another incredibly rare “comics on the stands” photo from the late Silver Age. I’m still looking for images from the 1970s, but stay tuned for a third gallery of this mostly Golden Age Goodness next week! 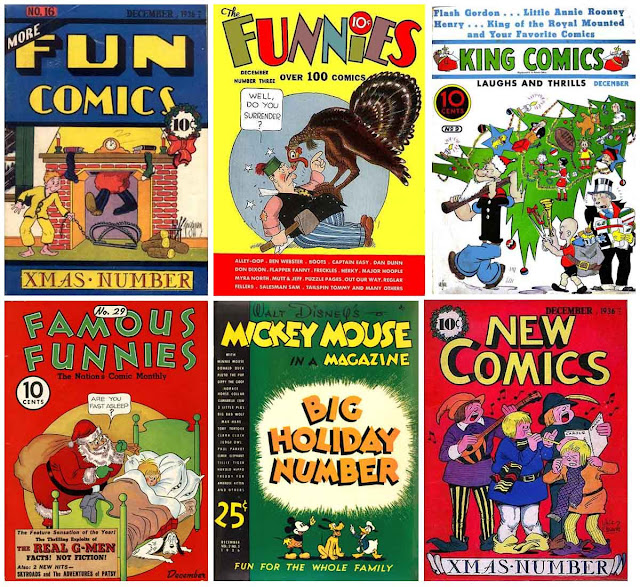 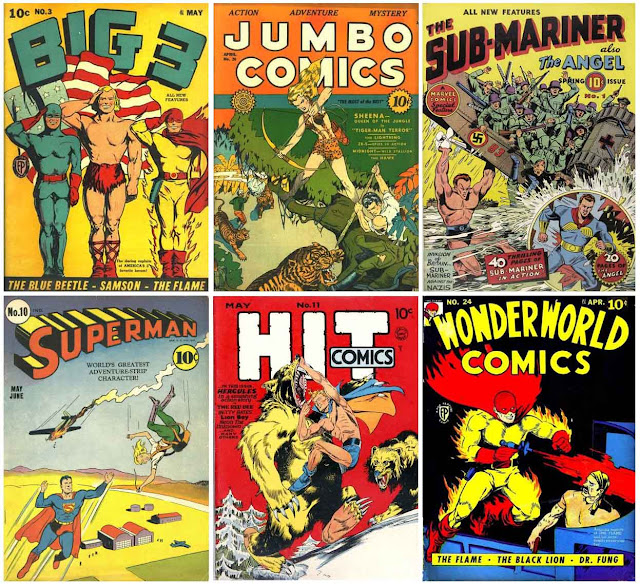 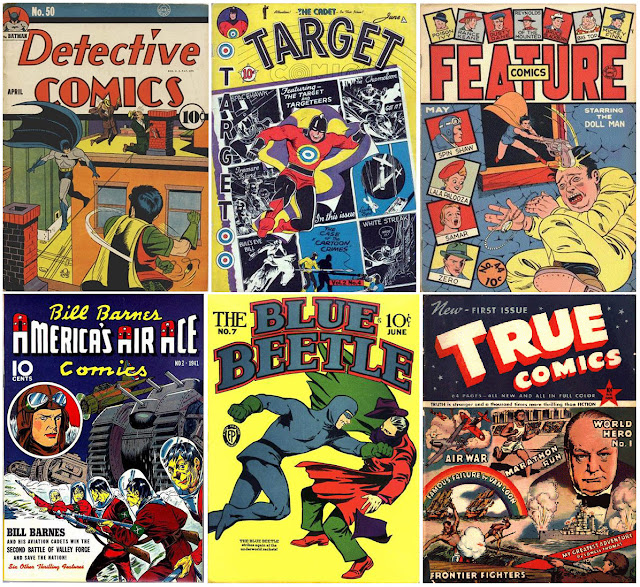 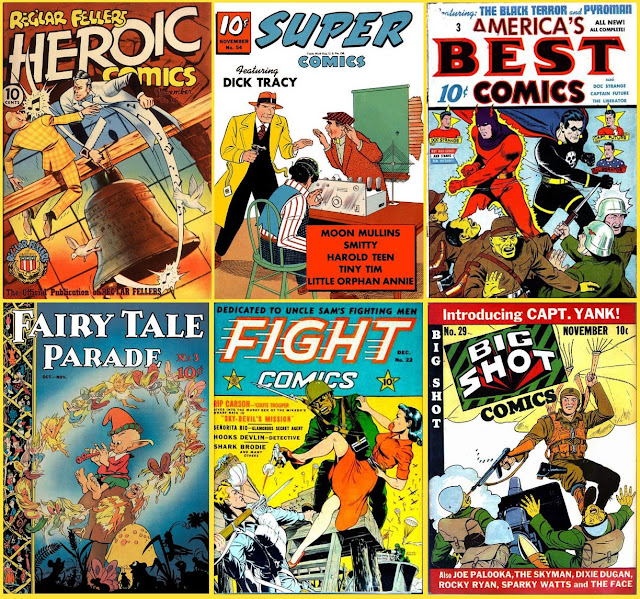 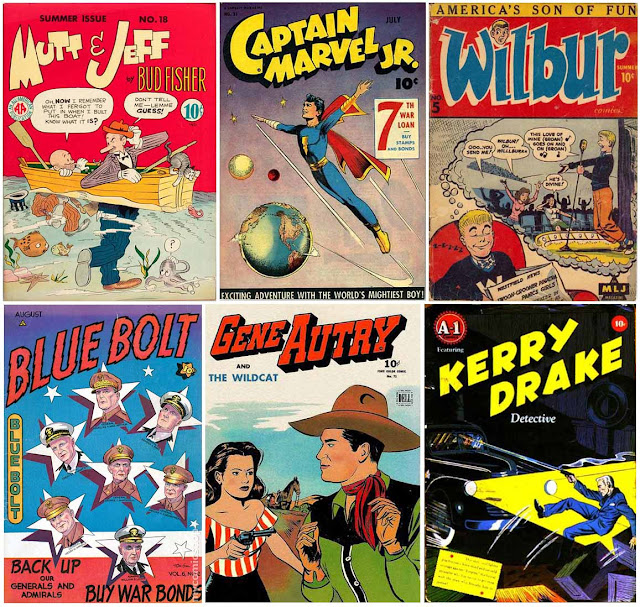 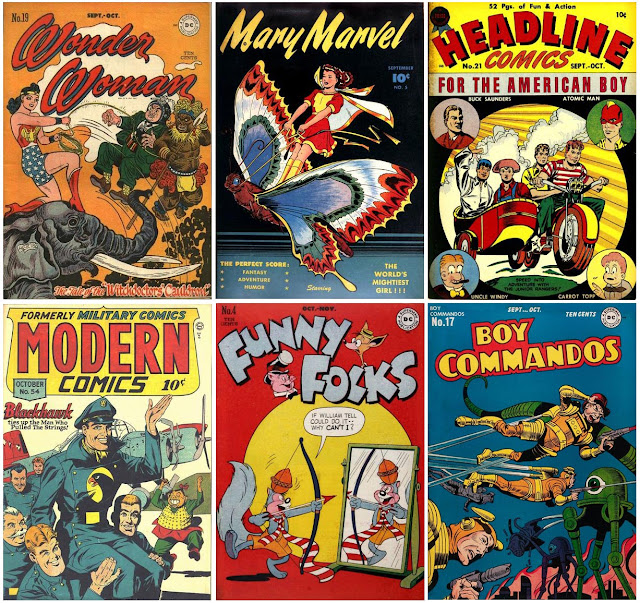 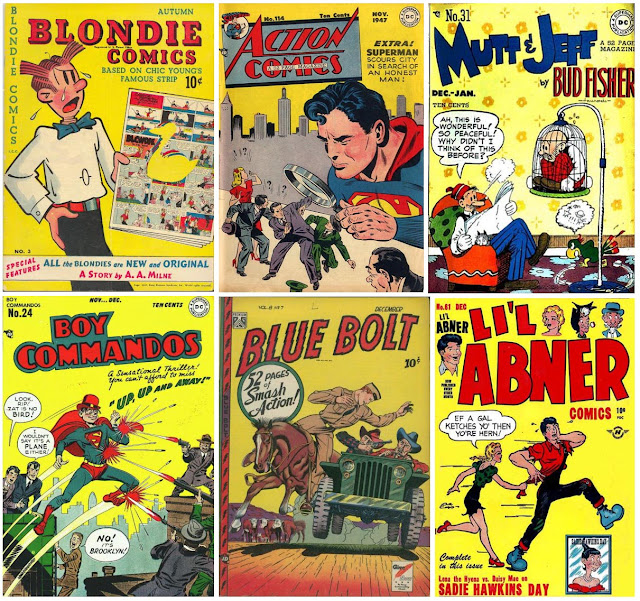 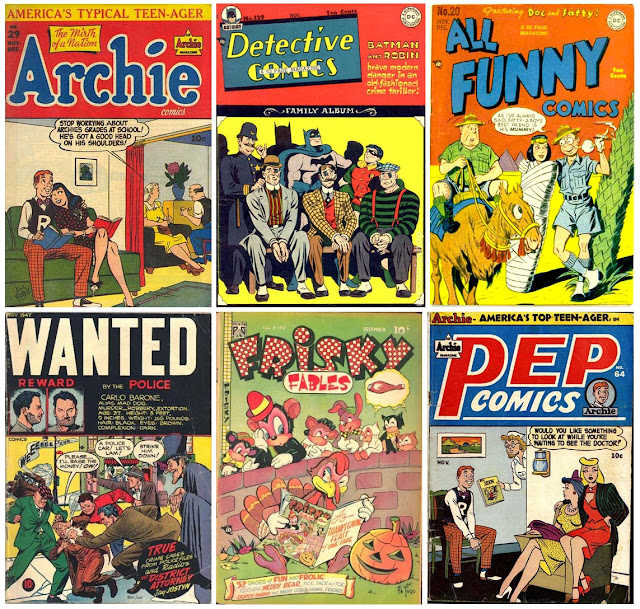 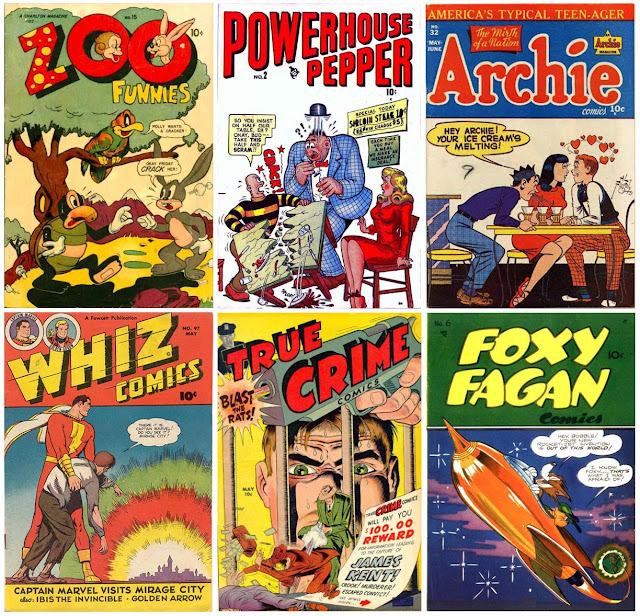 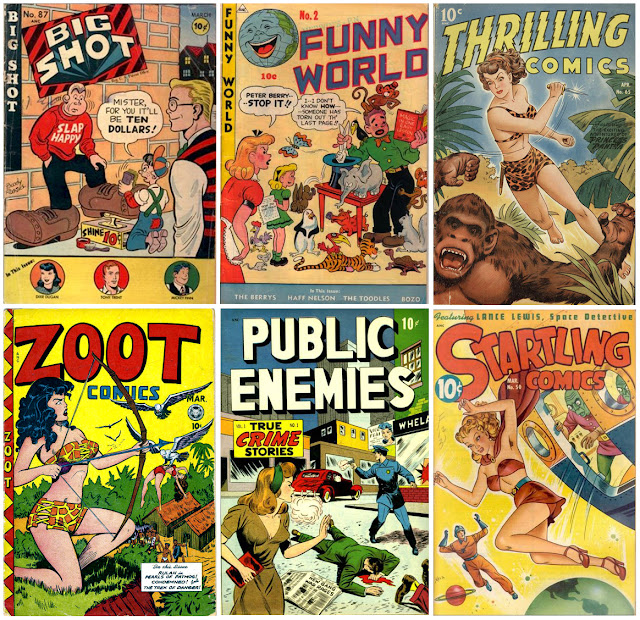 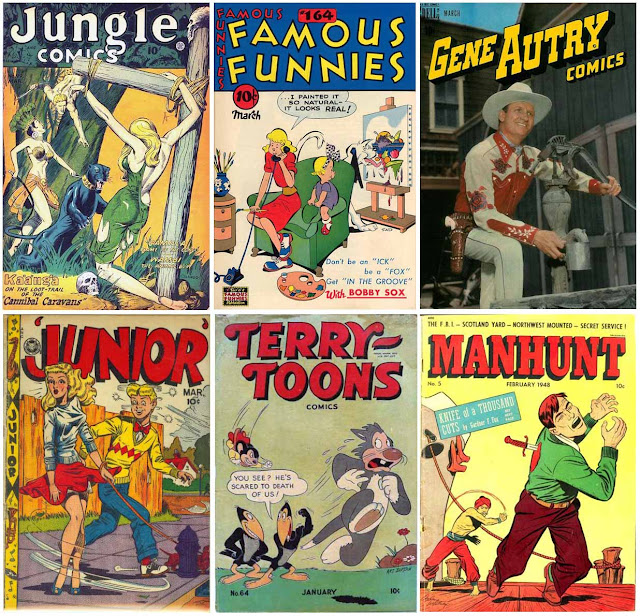 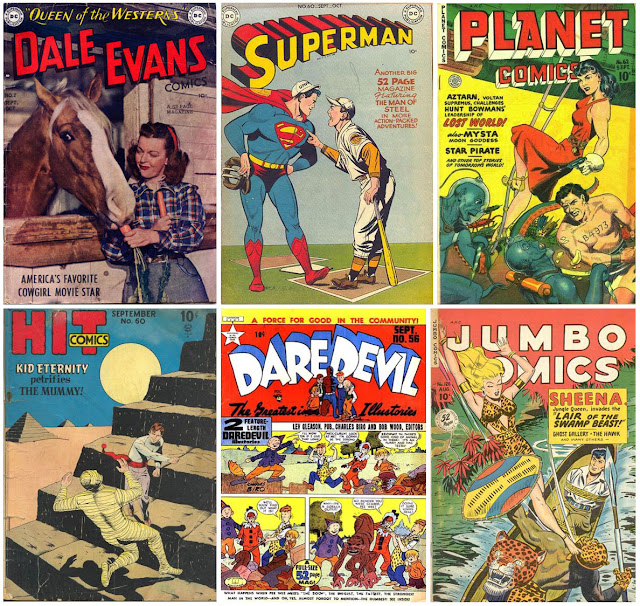 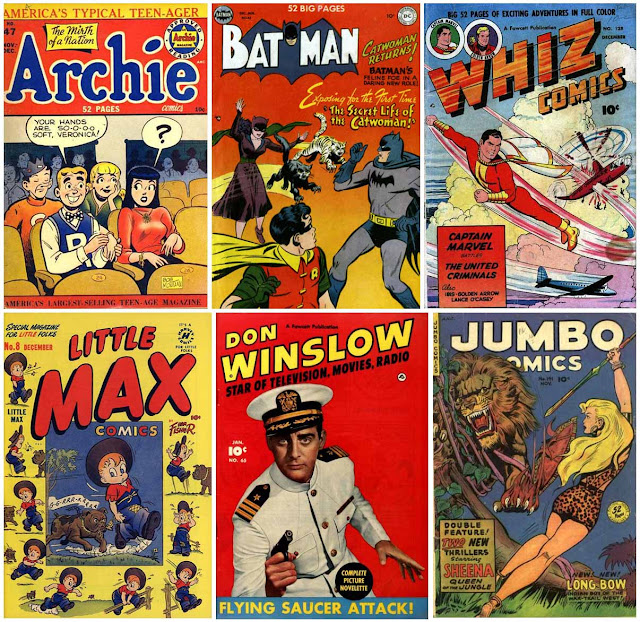 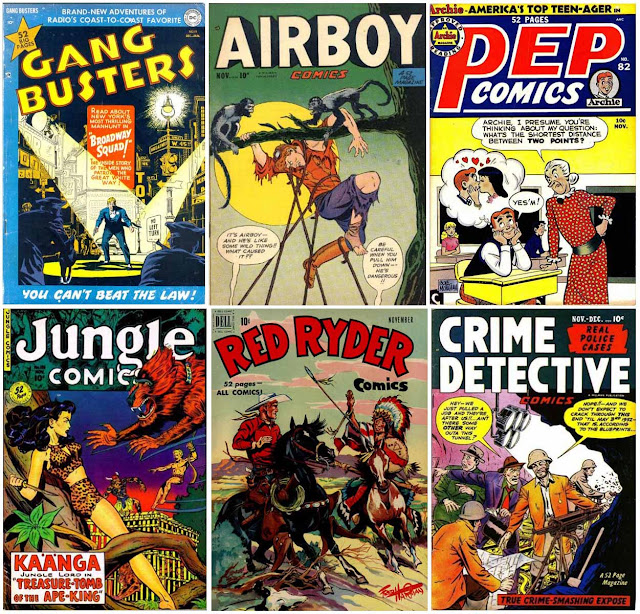 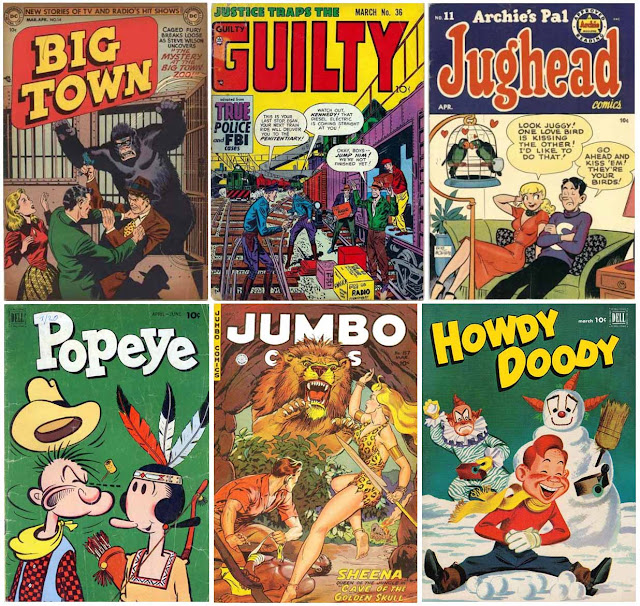 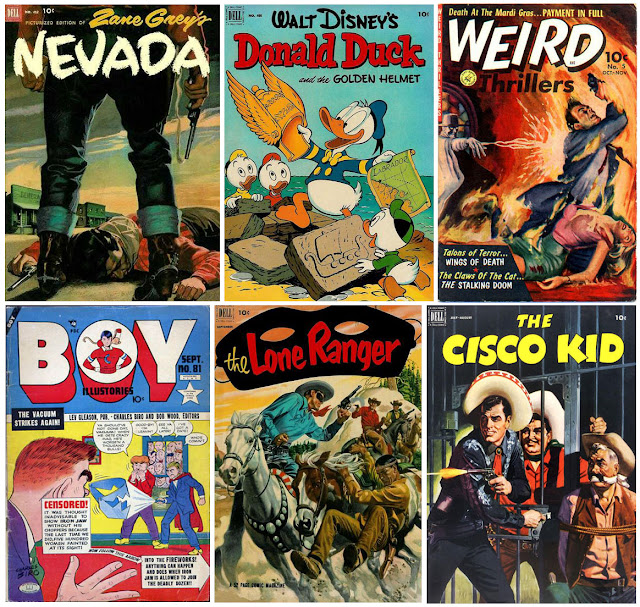 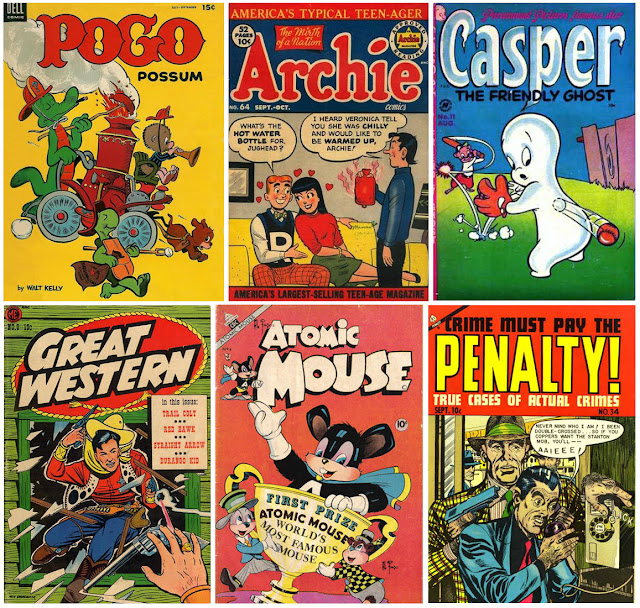 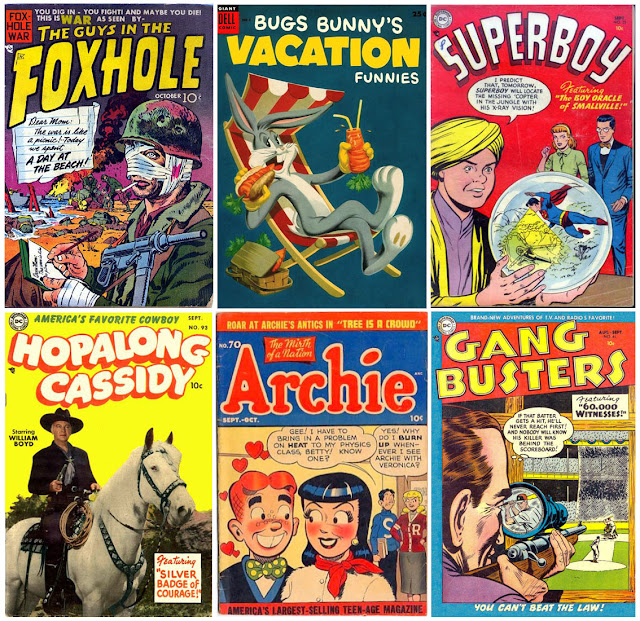 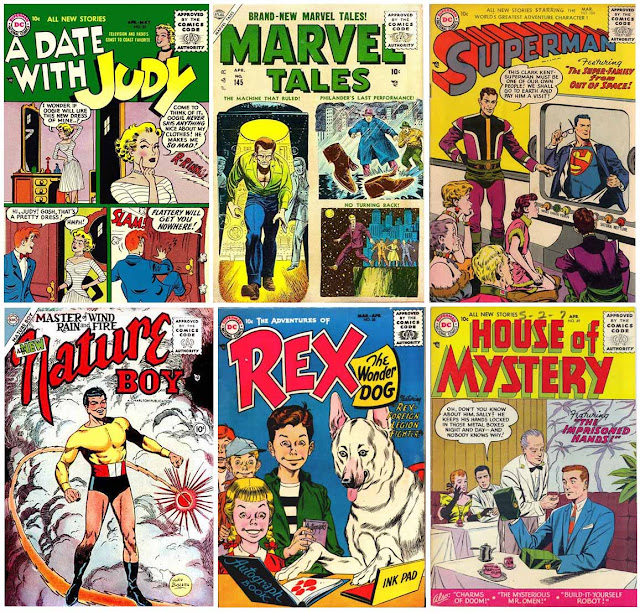 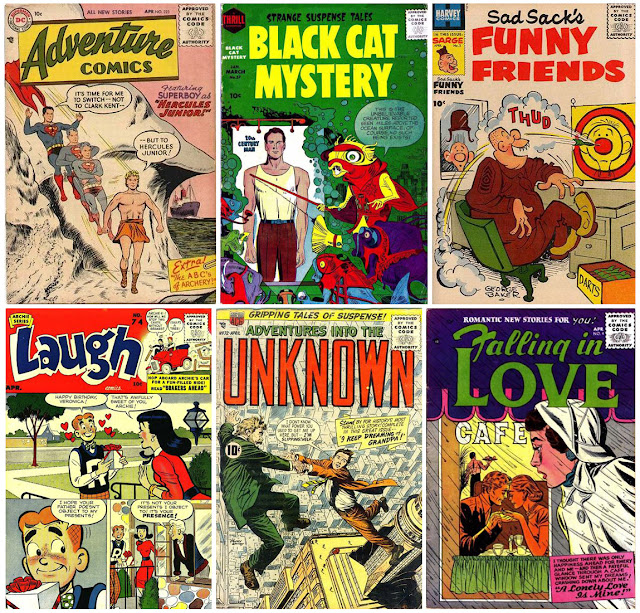 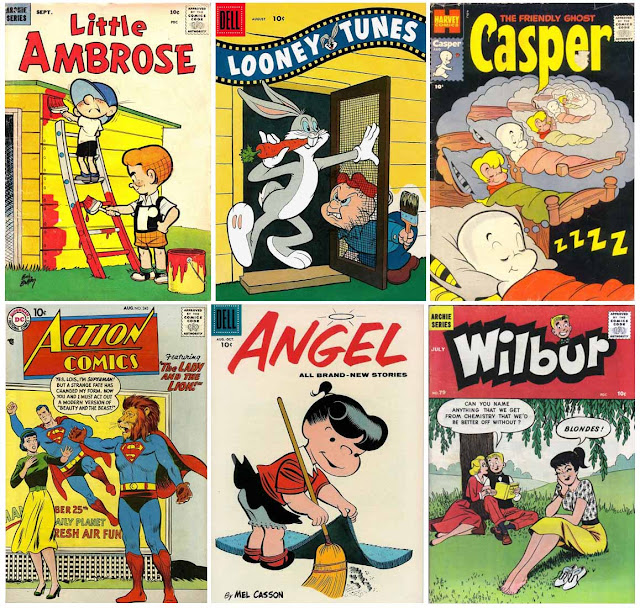 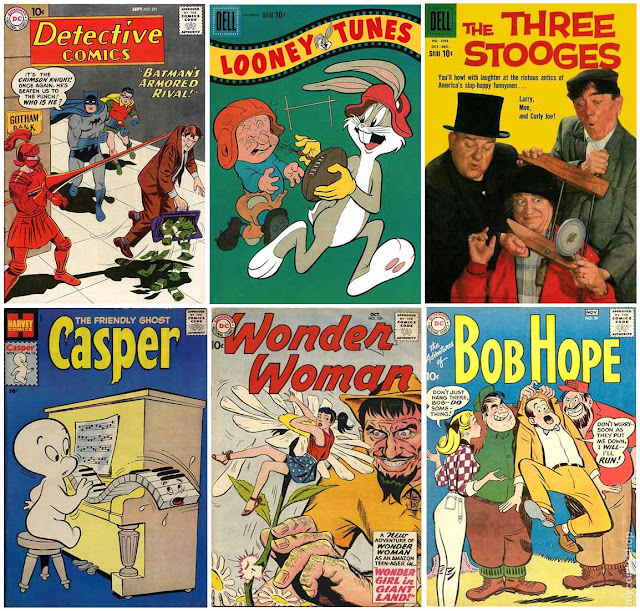 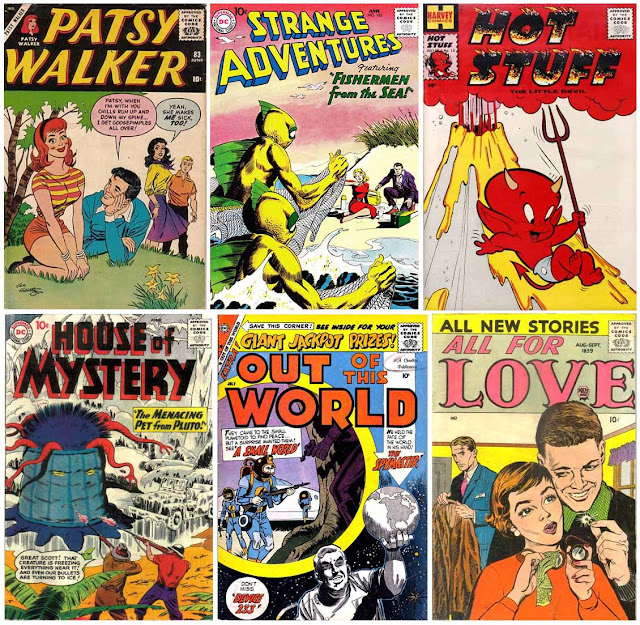 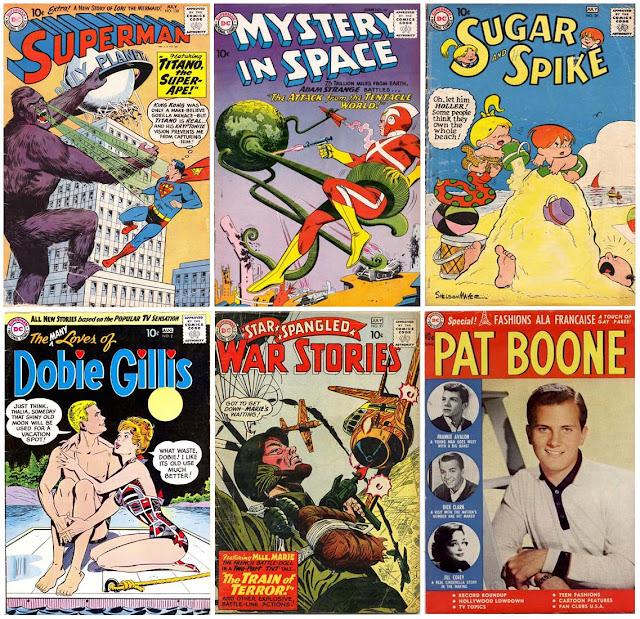 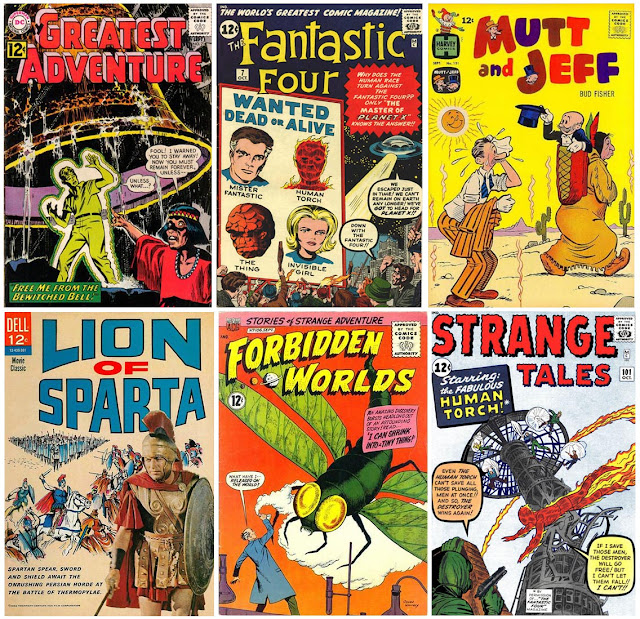 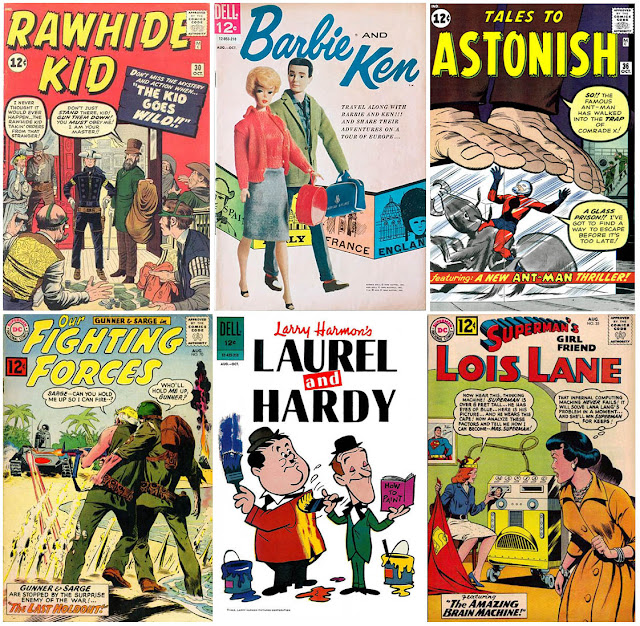 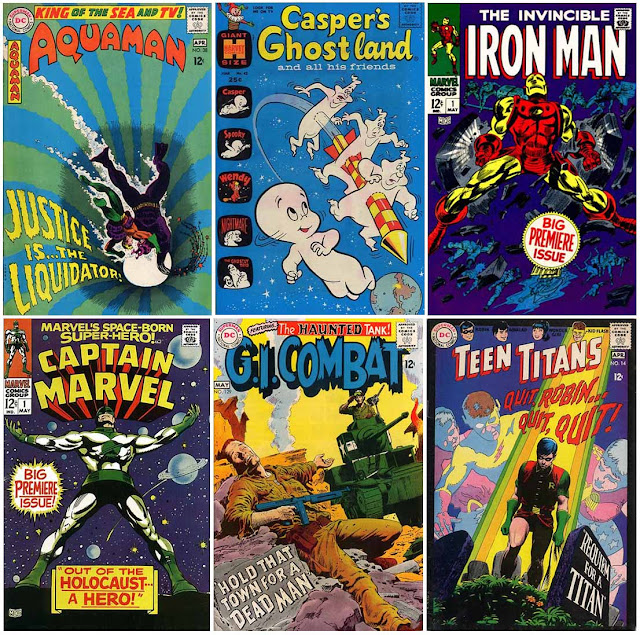 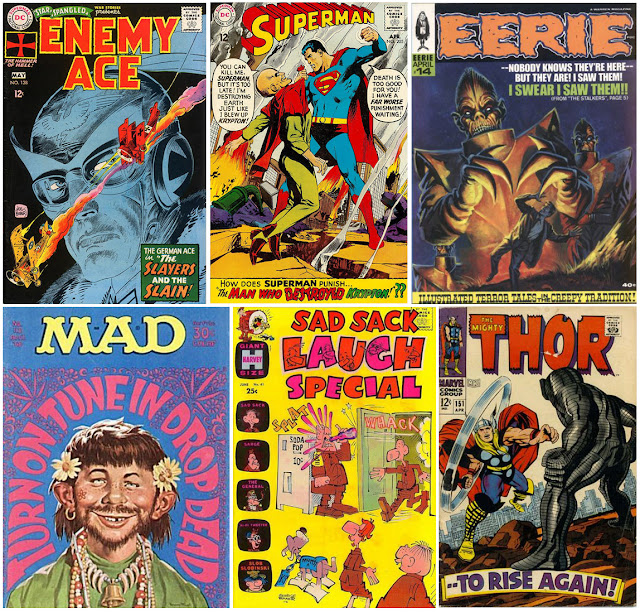