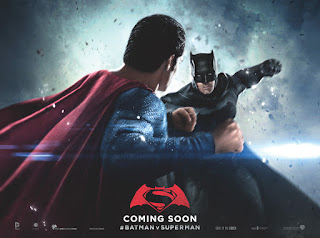 Right now, as I type these words on Wednesday, March 23, 2016, I should be excited. Frothing at the mouth excited. I should be whipped into a fanboy frenzy for a superhero showdown the likes of which I hadn’t felt since Superman fought the Amazing Spider-Man in that glorious oversized tabloid back in the summer of ’76.

But I’m not. I’m not excited. I can’t even muster some guarded enthusiasm. I’m hoping for the best, but honestly, I’m just mostly full of dread. Kind of like before you go to the dentist. And anticipating BATMAN V. SUPERMAN: DAWN OF JUSTICE shouldn’t invoke feelings of spending two and a half hours in a dentist’s chair. What it should be is the second biggest pop culture event of my geeky life (SUPERMAN: THE MOVIE will always hold the top spot).

I’m not one of the legion of MAN OF STEEL haters. Oh, that film wasn’t perfect, to be sure. Kevin Costner’s Jonathan Kent was a douche who would never have inspired Clark to become the Superman true fans know and love. The movie was way too dark and there was far too much wanton destruction and far too little inspiration (as for the polarizing neck-snapping, I’m uncharacteristically ambivalent—I could accept it as a springboard for Kal-El’s “no killing” tenet). But I liked the cast, particularly Henry Cavill as Superman. I felt that given the right material, he could fill the suit nicely. And overall, I thought MAN OF STEEL was better than Bryan Singer’s emo, fight-free SUPERMAN RETURNS.

But everything…. Literally EVERYTHING that I’ve seen leading up to the long-awaited big screen debut of my two favorite heroes – together! — just feels off. It’s gloomy, rainy, apocalyptic, smashy crashy bleakness up the wazoo. I mean, c’mon… the closest thing we get to a bit of levity is from Batman?!? 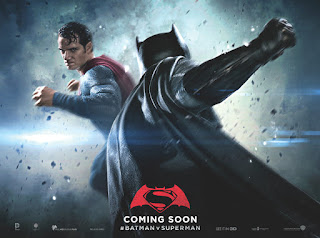 The bulk of my concern stems from my feelings about the 1986 comic book series that serves as the springboard for much of BATMAN V. SUPERMAN: Frank Miller’s THE DARK KNIGHT RETURNS. That groundbreaking mini-series may be one of the most iconic titles of the era, but not all superhero fans consider its profound influence on what’s come since to be a boon. The über-dark tone that became the norm is tiresome enough, but its impact on the relationship between Batman and Superman is downright depressing. Miller, no fan of the Man of Steel, decreed that Bruce Wayne and Clark Kent have such diametrically opposed outlooks on life that it would be inconceivable they’d be friends. I guess the fact that both of them are orphans who chose to use their considerable gifts to benefit mankind by donning costumes and fighting crime doesn’t count (for more of my thoughts on this topic in comic strip form, see here).

As I’ve said before, I don’t hate Zack Snyder (the film’s director). I like some of his movies. True, he’s no visionary (ala Chris Nolan or Ridley Scott), but he is (like James Cameron and J.J. Abrams), a capable artisan, given the proper tools. I just don’t know if it’s in him to craft a film that doesn’t feel like it was made on a Red Bull and beef jerky bender.

Anyway. My lack of unbridled enthusiasm didn’t keep me from buying tickets. This Friday evening, my pal Matt (who is more excited than I because he doesn’t care as much) and I will down a few drinks, then go watch Batman and Superman beat the crap out of each other until they realize that the real enemy is Lex Luthor and then they’ll team up with Wonder Woman and defeat Doomsday, but then they’ll find out about Darkseid and say that they’re gonna need more super-powered colleagues or something like that.

Just whatever you do, don’t call them Super Friends.