It's been a long time since I've posted anything here, for numerous reasons (ah, how many blogs on life support have said this since Facebook rendered the format nigh-obsolete?)... But this week marks a pop culture landmark that I had to acknowledge: Yesterday (as I type this), April 18th, 2018 was the release date of ACTION COMICS #1000, the first book (no, FOUR COLOR doesn't count) to reach that number (with some hiccups along the way, but let's not get into that here).

Those of you versed in fanboy lore know all the historical details, but to quickly recap: On April 18, 1938 (80 years to the day prior to the release of #1000), a new anthology series, ACTION COMICS hit the stands with its first 10¢ issue, cover featuring a new character called Superman. And this cheap, disposable kid's magazine with this new kind of genre soon to be called "superhero" literally changed the world (even if it didn't change the lives of Superman's creators, Jerry Siegel and Joe Shuster in ways it should have)...

My own personal history with ACTION COMICS began in 1970, at the dawn of the Bronze Age of Comics, when I picked ACTION #387 off the spinner rack at the Thrift Drug as one of my first five comic books (thanks, Mom and Dad). From that point, I bought ACTION (and all other Superman books) religiously for two and a half decades (before the tenor and esthetic of mainstream comics drove me away, not entirely, but I never again purchased comics regularly).

Back in the 1970s and '80s, comic book anniversary issues were a big deal. Before publishers got in the habit of relaunching series with new first issues every handful of years in order to spur buzz and sales, longevity of a title was something laudatory. In 1979, ACTION COMICS #500 was a really big deal, a 68-page tale that had the Man of Steel giving a guided tour of a new Superman museum, nostalgically talking about his life (without giving away too many details, ahem), unaware that there are nefarious goings-on behind the scenes. It's a bit contrived, but it pushed all the buttons for this this then-14 year old Superman fan.

By then, I was already a student of the character, and considered myself one of his biggest fans (still do, to be honest). To me, the fact that this character had been around and evolved over FORTY YEARS was mind-blowing to me. I had only a 9th grader's grasp of history, but through tomes such as SUPERMAN FROM THE 30s TO THE 70s (closest thing I had to a Bible), I saw how Kal-El had evolved over those four decades.

Four decades. It seemed like an eternity at the time. And now, here we are, almost forty years later, and I just ordered my copy of ACTION COMICS #1000 (the Steve Rude 1930s cover variant, thank you very much) on the Internet (because, 2018). Nearly as much time has passed since I picked up #500 to now as passed from that first 10¢ issue (now worth upwards of three million dollars) to #500. Does that make me feel old? Jesus, does it. But the anticipation of opening this book also makes me feel like I did when I first plucked #387 off that creaky spinner rack. And that is one of the reasons why this stuff still matters to me. 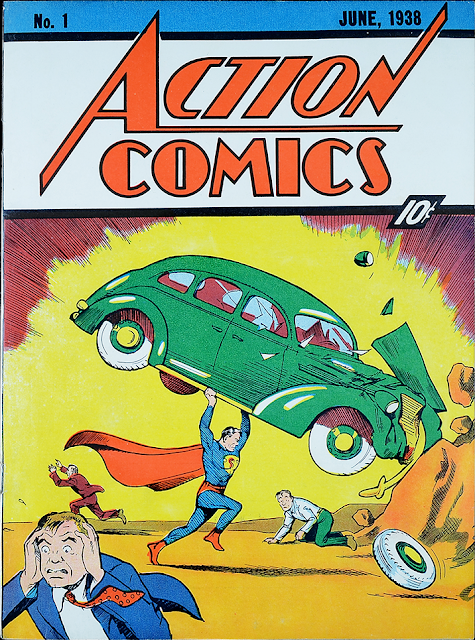 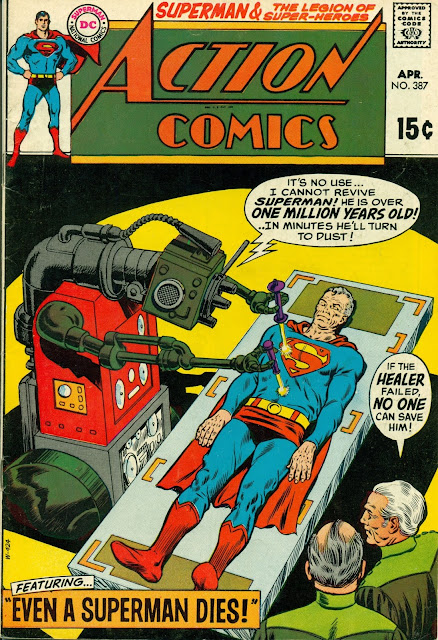 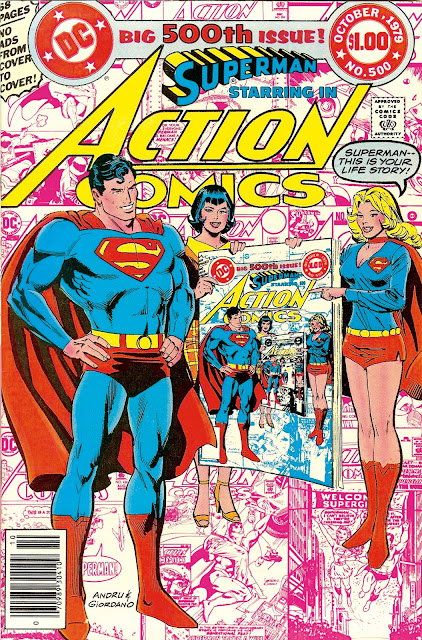 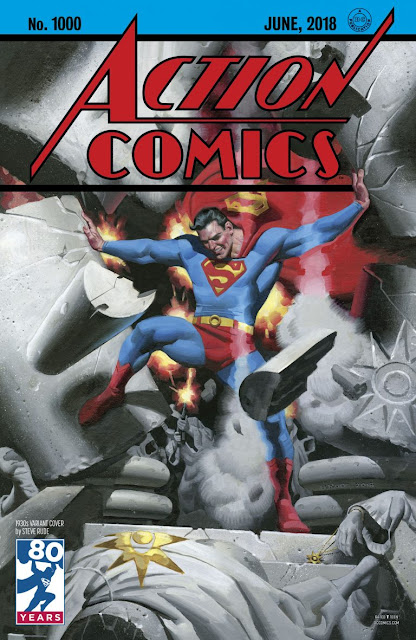