TEN LUMPS OF COAL: A List of Christmas Things That Bring Out the Pre-Epiphany Grinch in Me 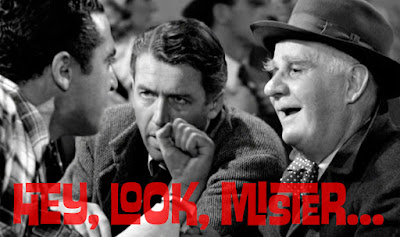 First off, it must be stated: I love Christmas. As soon as the Halloween decorations come down, I’m ready for the holly leaves, twinkling lights, and jingle bells to go up in their place. Thanksgiving? Pfft. That’s for gluttons and fans of terrible parades. Bring on Santa, Baby! This time of year, I become a mushy, festive mixture of Clark Griswold, Charlie Brown, and Scrooge’s nephew (actually, that kind of describes me most of the time, for better or worse).

But I don’t love everything about the season. I mean, really, aside from Buddy the Elf and Ed Grimley, who does? I’ll admit that there are a handful of aspects of Christmas that turn me into Nick the Bartender railing against atmosphere-givin’ characters ordering a mulled wine (heavy on the cinnamon, light on the cloves)! Herewith, counting down my mistletoe miseries from 10 to 1: 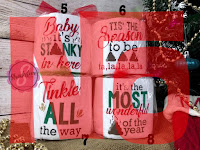 10. GAG GIFTS
To me, part of the warmth of the holidays comes from letting those humans who make your life worth living know so. That means a gift that’s a genuine expression of said affection, not a tool with which to roast their chestnuts. I’ll be honest, I’m not a fan of gag gifts in ANY context, but I can deal with them on a birthday or retirement party or some other event that’s less reverent. But for Christmas? Nah. Gotta be from the heart (even… or maybe especially if it’s a normally crusty one). 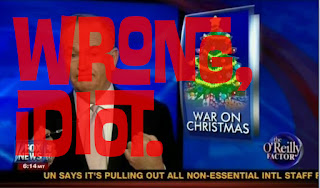 9. “THE WAR ON CHRISTMAS”
There is no war on Christmas. Get over it, Fox News pundits. A Starbucks cup doesn’t have to depict The Three Wise Men to reflect the season. Saying “Happy Holidays” is not an insult, rather, ‘tis a pleasant greeting of well-wishing to be received gratefully. Kwanzaa is not a threat. Keeping a nativity scene off of any state run organization’s lawn is not taking myrrh from the Baby Jesus’s mouth (or wherever the heck you put myrrh). Inclusivity is not a bad thing (and to ALL a good night!).

8. SANTA CON
Ugh. First of all, it’s not a “con.” “Con” infers tables of geeky merchandise for sale and panel discussions with fervent diehards (speaking of… see next lump) and nerdy acolytes. Call it what it is: “Holiday Costume Bar Crawl for Douchebags.” What makes this ersatz St. Paddy’s Day debauchery even more risible is (a) kids should never see any Santa other than Billy Bob Thornton getting into a fistfight, and (b) it gives holiday overindulgence a bad name. On the plus side, the puke puddles over which we must leap at the end of the night are laden with pretty sparkles.

7. “DIE HARD IS A CHRISTMAS MOVIE.”
Don’t get me wrong; I love Die Hard. I think it’s the quintessential action flick. And while I enjoy the holiday angle of the film, the bottom line is, just because it takes place at Christmas time DOESN’T MEAN IT’S A CHRISTMAS MOVIE. Is it ABOUT Christmas? No. Does John McClane deliver presents to girls and boys? You know, besides bullets to bad guys? No. Does Karl dance to “The Nutcracker Suite?” No. Does Hans Gruber have an epiphany at the end of the film and see the folly of his ways and have his band of thieves join the party, pal? No. Die Hard is many things. It’s fun, exciting, funny, and yes, even a bit moving at times. But it ain’t a Christmas movie. SO STOP TELLING ME THAT IT IS. ‘TIS A TIRESOME AND ERRONEOUS CLAIM. 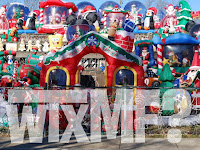 6. INFLATABLE LAWN DECORATIONS / TOO MANY LAWN DECORATIONS
Decorating your house and lawn for Christmas is one of the (arguably) handful of upsides of suburban living. Ain’t nothin’ purtier than colored lights hung outside on a snowy evening. But as with everything, editing is crucial. First, please, I’m begging you… never, ever use those godawful blow-up figures of Santa, Rudolph, Jesus, Frosty, et al… they evoke the kind of puffy, poorly rendered characters you see on the covers of budget holiday books and DVDs in the cheapo bins at Costco. Equally distracting / annoying are those houses that fill every last square foot with lights and decorations. The resultant sensory overload is as muddy and headache inducing as your electric bill must be. Plus, I hate how you people gobble up every last set of discounted leftover lights on December 26th  before I can even grab one box!

5. HALLMARK CHANNEL CHRISTMAS MOVIES
I’m not averse to seasonal cinematic schmaltz. I freely admit to getting misty at Miracle on 34th Street and It’s a Wonderful Life and that episode of Happy Days where Richie invites a lonely Fonzie to spend Christmas Eve with the Cunninghams. But the tears that I shed for the seemingly endless stream of cloying mush known as the Hallmark Channel Christmas movies are not joyful, but rather reflective of the death of culture (I hesitate to even post this link, but you gotta check some of this shit out). I used to think these sparkly rom coms (with names like, I kid you not, A Shoe Addict’s Christmas) were written using a Christmas Mad Libs and a bottle box of White Zinfandel, but I’m guessing it’s more likely an icy cold computer algorithm.  (Full disclosure: I have never seen a single one of these movies in their entirety, but I have sampled enough to know what the hell I’m talking about) 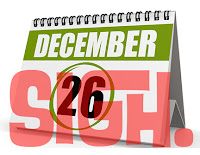 4. DECEMBER 26th
I call it PXMD, as in Post-Christmas Depression. Remember when you were a kid, and it felt like Christmas took FOR-EVVVV-ERRRR to get here? The agony of waiting for December 24, and the traditions and goodies that were about to unfold over the following glorious two days? Okay, maybe your experience varied, but you probably know what I mean. Now, if you’re in the middle aged portion of your life (as I am… firmly), you know that Einstein was a smart mother-effer and that with age, time now FLIES by, and before you can even finish everything you wanted to get done for Christmas, it’s over. Just like that (it’s one of the reasons I don’t mind starting the season right after Halloween). And yes, I try to stay in the holiday spirit after “the big day,” keeping my decorations up well into January, listening to the music until it just doesn’t feel right anymore, but… there’s always something about waking up on the day after Christmas (or, Boxing Day, as some weirdos call it) that forever bums me out. Sigh. Where’s the nog?

3. CLIMATE CHANGE
Someday, not too many years from now, a young child will hear an old Christmas carol and ask their parent, “Mommy, I don’t understand ‘White Christmas’ and ‘Winter Wonderland’ and ‘Let It Snow! Let It Snow! Let It Snow!’… why are they singing about it snowing at Christmas? It only ever snows around Valentine’s Day!” And the mother will question why she ever thought it was a good idea to bring a child into a world that is doomed to become barely habitable in their lifetime. And Christmas will be ruined. Me, I just miss snow in December (and yes, it used to happen fairly often, kids). 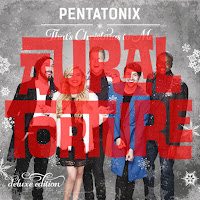 2. BAD CHRISTMAS MUSIC
Granting a subjective prejudice, to my ears, the chasm that gapes its maw between good and bad Christmas music is as deep and vast as to make the Grand Canyon look like a crack in the sidewalk. When done right (Julie Andrews & André Previn, The Ramsey Lewis Trio, Bing Crosby & the Andrews Sisters, Ella Fitzgerald, James Brown, Les Brown [no relation], The Ventures, Brenda Lee, Vince Guaraldi, Frank Sinatra, Andre Kostelanetz, and SOME Johnny Mathis, to name but a few), Christmas music is a transformative aspect of the season. A finely crafted carol can put you in the spirit as well as a dozen strings of lights and a gallon of egg nog with two gallons of rum in it. But done WRONG (no links to follow, sorry / not sorry)… (Mariah Carey, Kenny G, Mannheim Steamroller, Mitch Miller [and his “gang”], Celine Dion, almost any modern country or R&B artist, and the aural pestilence known as Pentatonix, again to name just a few), these cheesy, overproduced, saccharine cash grabs exemplify the kind of hollow, crass commercialism that drove Charlie Brown to pick that sad little tree (and Charlie Brown knows what he’s talking about). The fact that this crap dominates holiday playlists kills me every time it pierces my eardrums and stabs my brain. Most people hate Christmas music because pap like “The Christmas Shoes” is what they think of when the genre is mentioned. 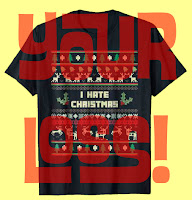 1. CHRISTMAS HATERS
Then again, some people just hate Christmas; All aspects of it, from the music and the ugly sweaters to the forced frivolity and gift giving. I’m not exaggerating to say that these people… well, they break my heart. Look, I fully understand and agree that the holidays can be stressful and expensive and aggravating and unrelenting and exhausting. All o' that stuff. But that doesn’t have to define the season. Because (unlike with every other major holiday) here’s the best thing about Christmas: It’s a la carte. You can pick and choose whatever aspects (of the literally dozens) suit your own wants and needs. Don’t believe in God? That’s cool (I don’t!)… most of the fun stuff about the holiday—feasting, gift giving, decorating, general winter revelry— existed as rituals in pagan celebrations long before the Catholic Church appropriated them in the 4th century AD when they shifted Jesus’ birth to December and decided to put the Christ in Christmas. Don’t like shopping for gifts? Cool, make something (like cookies or art or frame a favorite photo) or donate to a charity in the name of the person you got in the family pull. Hate Home Alone? I don’t blame you, that movie’s no fun at all. Watch any of the many great versions of A Christmas Carol instead (I’m partial to the 1984 TV movie starring George C. Scott, myself). There’s gotta be SOMETHING about the season that you can enjoy, even if it’s just pretty lights or a little spice in your stout (mmm, Christmas beer). Don’t close yourself off to the whole shebang just because most of it seems like shit. Don’t forget, Dr. Seuss and Charles Dickens were trying to make a point. People tend to think of the Grinch and Ebenezer Scrooge in their pre-epiphany states, when they hated the holiday. But in the end, they both realized that, in fact… Christmas is pretty damn great. 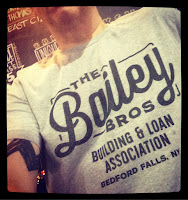 Geez, that didn’t end as you expected, did it? I promise a list of stuff I loathe about the holiday and it ends up being a gushy ode. Well, whattya want from me? I warned you at the beginning that I love it! And so, MERRY CHRISTMAS!!

Now if you’ll excuse me, I gotta go make some more cookies….