In 1993, Lancaster's alt-rock scene was in full swing, with The Ocean Blue, The Innocence Mission, Suddenly, Tammy!, and sister city York's LIVE all signed to major labels. Additionally, lots of smaller bands (including The OOgies) were putting out records on indie labels and playing Chameleon (and other venues) regularly. As for the Chameleon schedules, Russ Cox had moved on from doing the back, which now fell to me, utilizing a rudimentary ClarisWorks design program (it would be another year until Adobe Illustrator fit into my toolbox). On the fronts, I was still (as I would till the end) hand-lettering the bands, augmenting with press-on type, cutting and pasting the clip art with rubber cement. And you know what? I miss that. 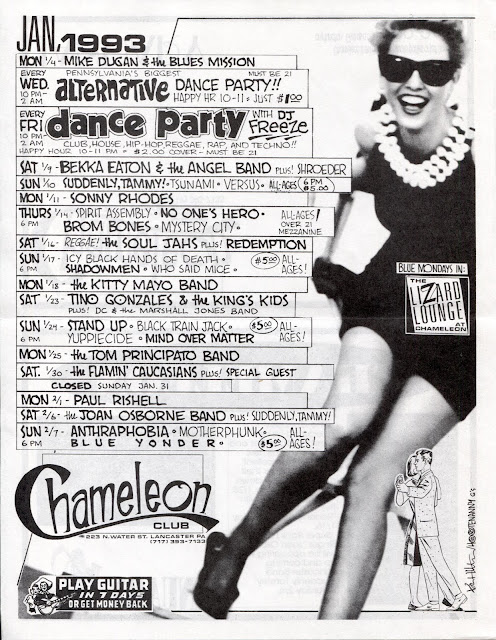 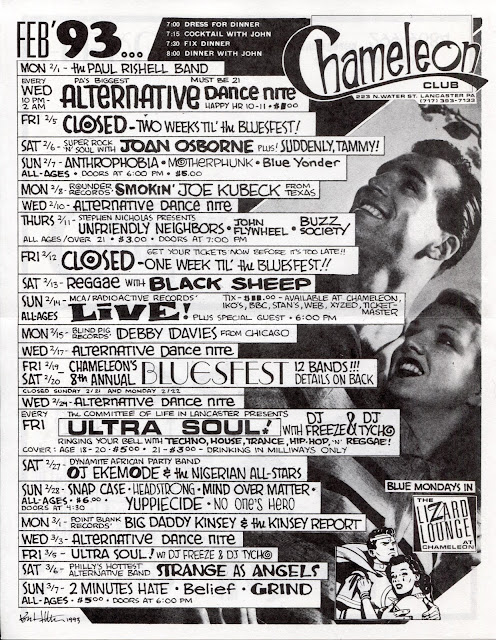 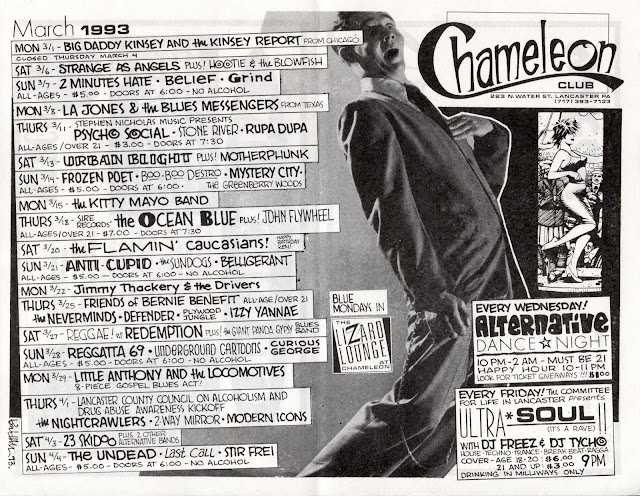 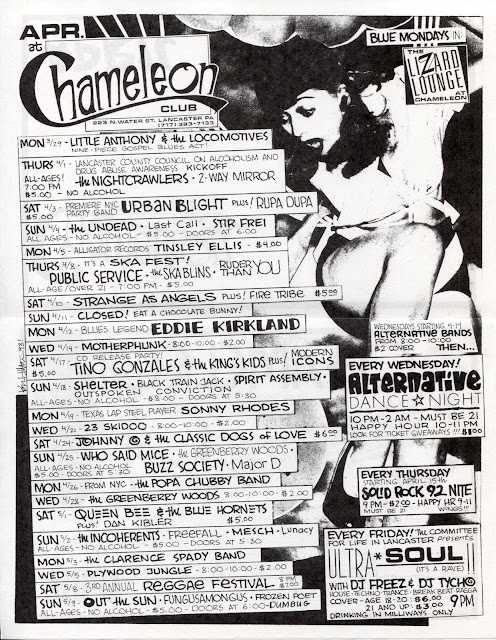 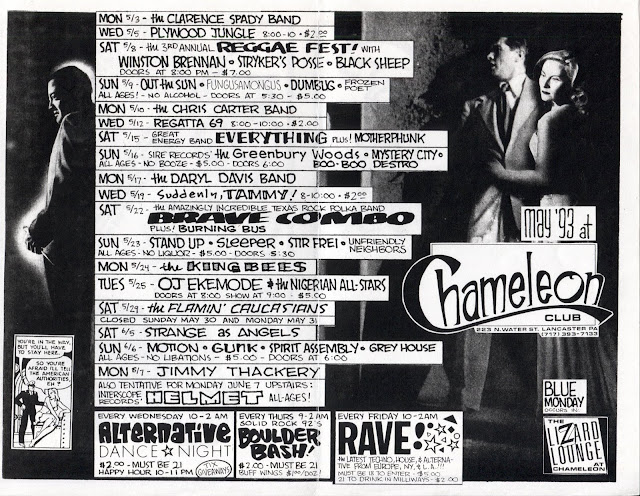 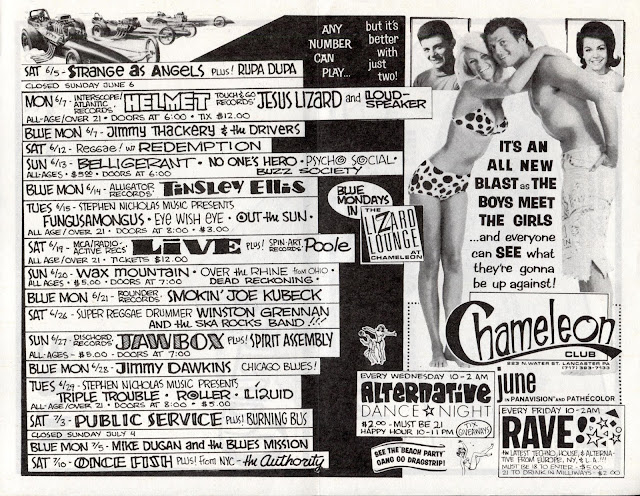 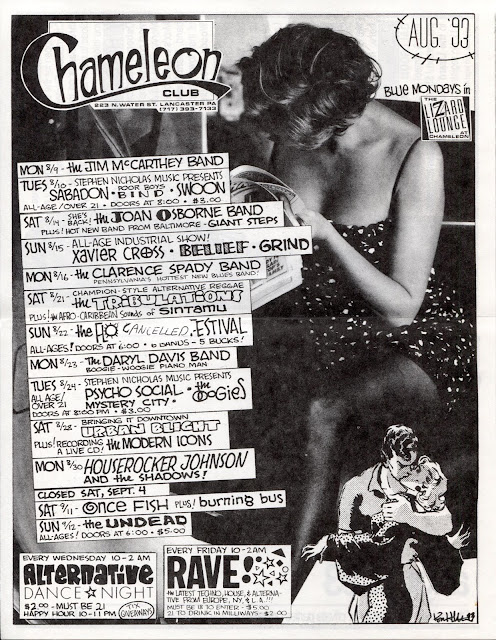 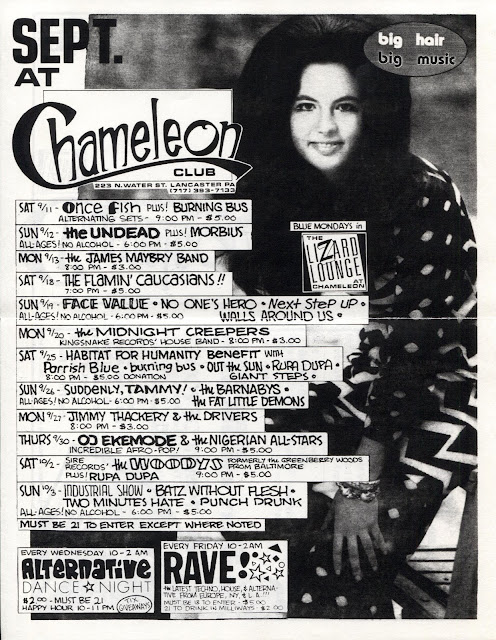 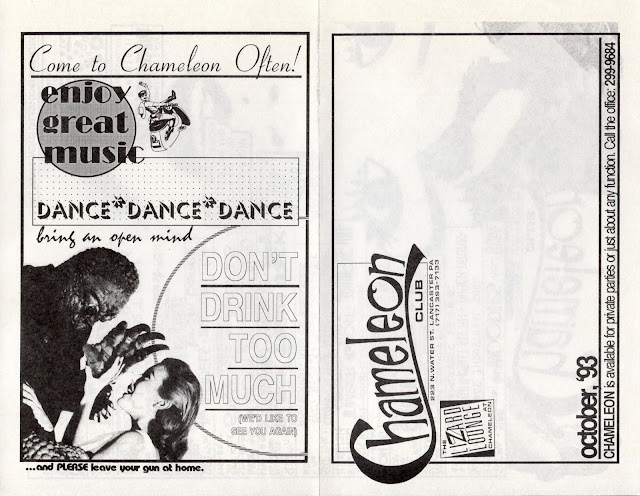 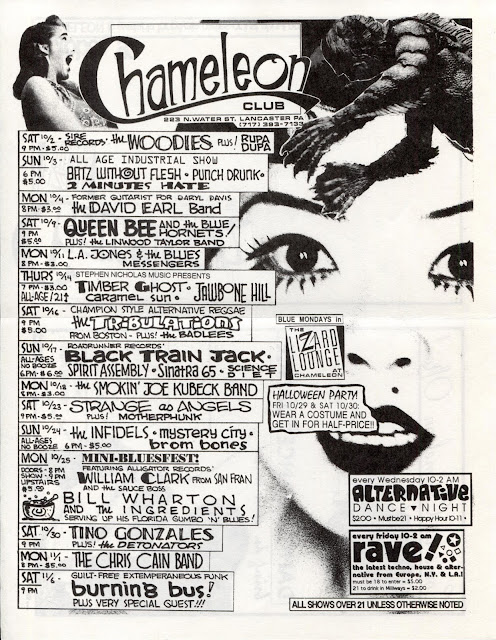 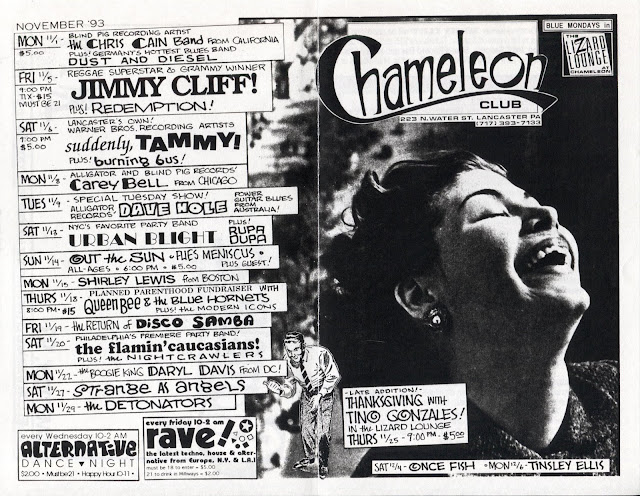 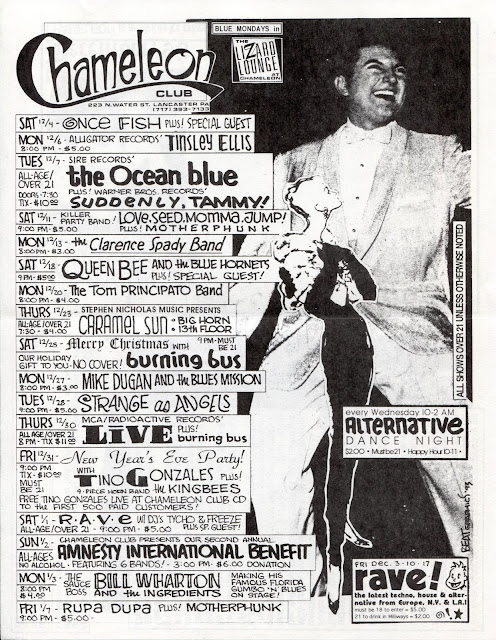