1994 at Lancaster's Chameleon Club saw live music, festivals, DJ nights, the explosion of LIVE, and in July, a new, updated version of the logo (by me) that, I'm happy to say, is still being used to this day (even if nobody at the club in 2019 has any idea who the hell I am!... I wonder if I'm still on the "permanent guest list" taped inside the box office)...

The February schedule was a reaction to a few complaints that Chameleon owner Rich Ruoff had gotten about the frequent usage of pin-up style imagery in these things. My admittedly retro sensibility struck some as sexist, which was never the context as far as Rich and I were concerned. 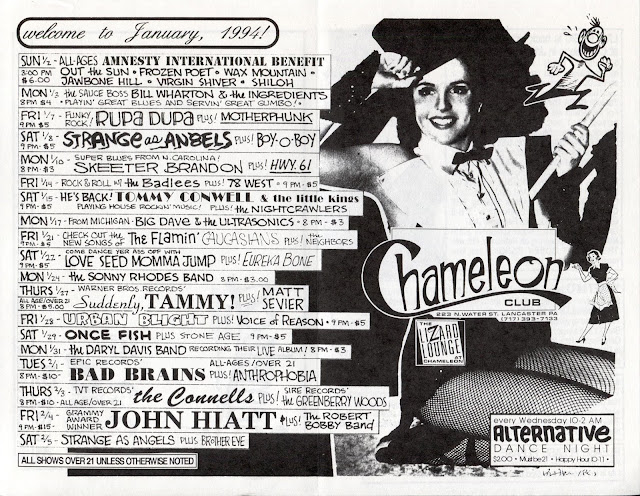 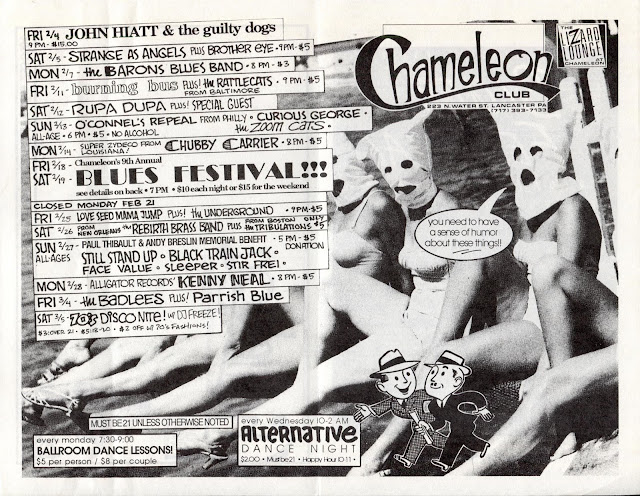 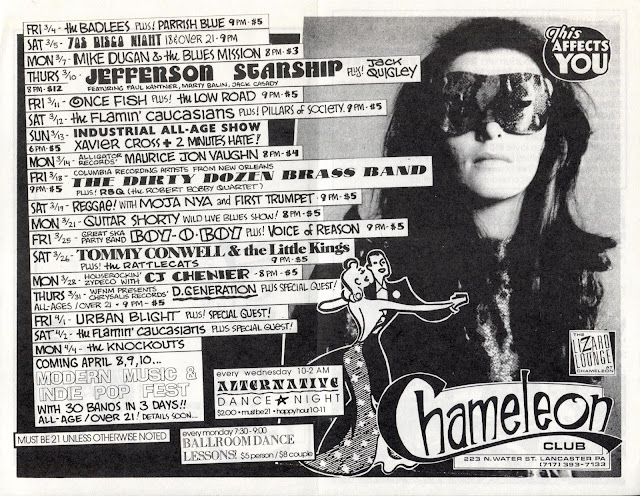 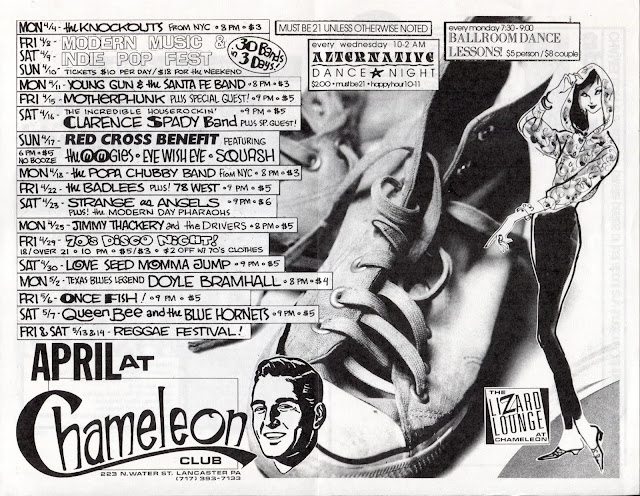 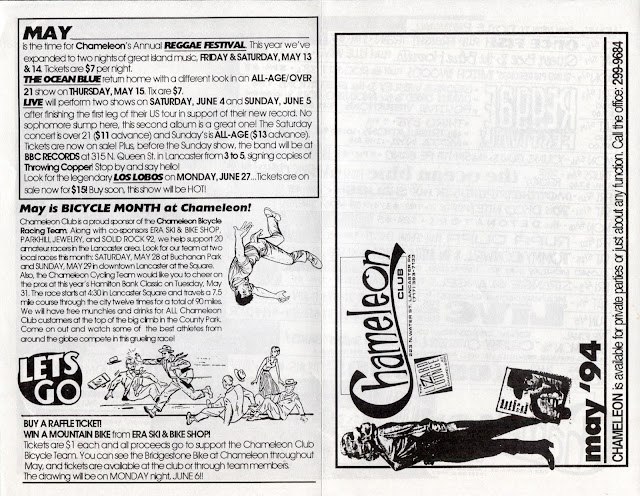 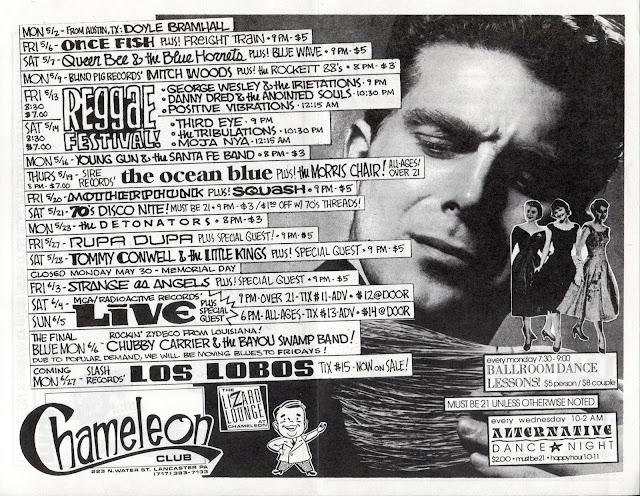 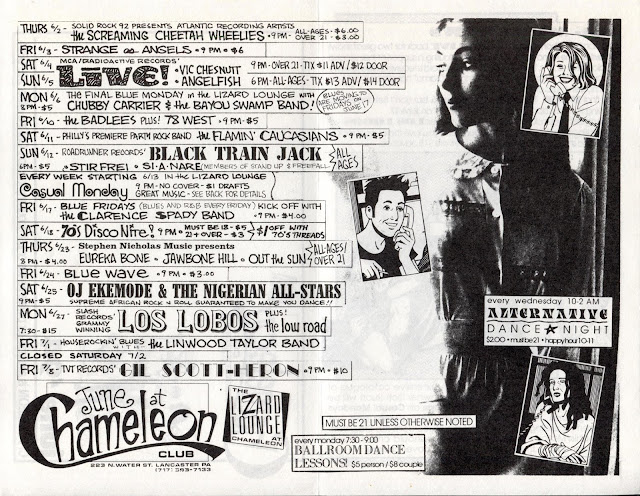 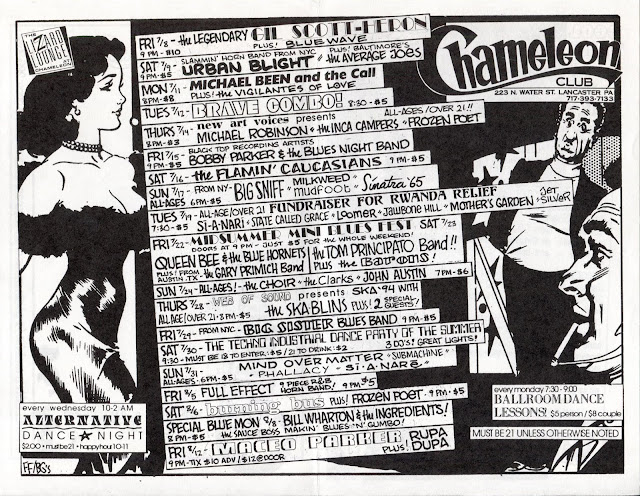 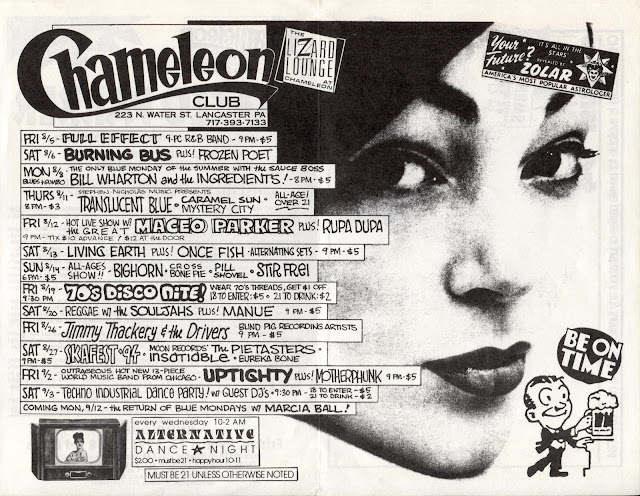 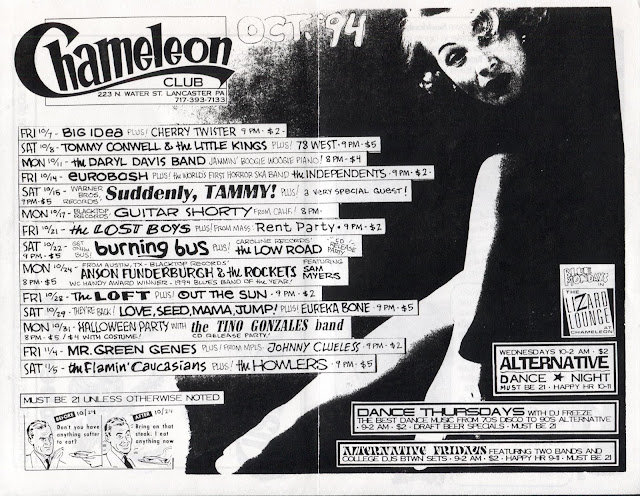 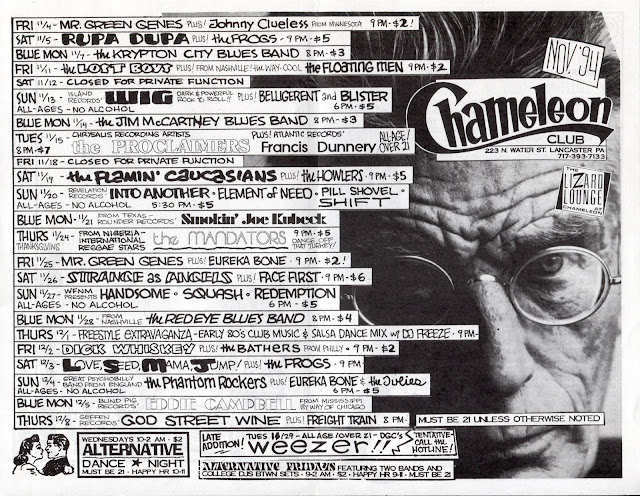 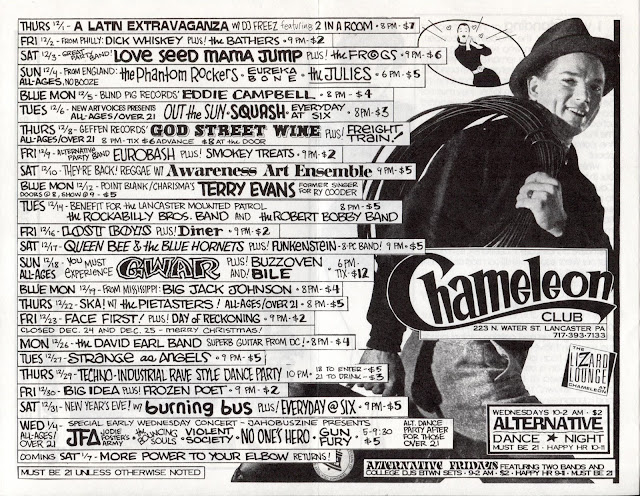