The Squeak of the Spinner Rack

NOTE: This piece originally ran as part of 13th Dimension's ongoing series of Retro Hot Picks, spotlighting comic books on the rack in a selected month from the past. Dan Greenfield asked me to contribute to the post concerning books cover dated April, 1970 (which hit the stands in February) because he knew that was the very month I started reading comics. That may seem like very specific knowledge for someone to have about me, but there's a reason why (aside from the fact that I've blathered about it before). I've augmented the piece with additional art from the books described.
---------------------------------------------------------------------- 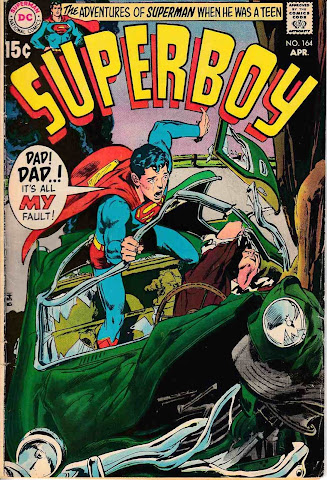 One day in February of 1970, my father handed me something he’d picked up at the newsstand on the way home from work. He knew that I was a big fan of Superman (primarily from the Filmation cartoons that were at the time in reruns on CBS Saturday mornings), so he thought I might enjoy a comic book starring said character. Technically, it was the younger version of the hero, as the book was SUPERBOY #164, cover dated April 1970. My poor Dad, with this simple fifteen-cent impulse buy, had no idea of the Pandora’s Box he’d just opened for his five-year-old son. I became instantly smitten with the medium of comic books, and later that week, my mother took me to the Thrift Drug a few miles down the road from our suburban cul-de-sac and directed me to the comic book spinner rack near the front of the store, allowing me to pick out a couple more samples of this new interest of mine.

Anyone reading this is at least familiar with what an old spinner rack looked like—four vertical rows of up to ten wire baskets that held about a dozen or so books each. The rack rotated (hence the “spinner” part of its name) so that it could be placed in a corner or against a wall in and still allow for complete mining of the full field of pulp. Now, if you’re too young to have ever had the experience of foraging a comic book spinner rack, let me try to paint a picture. 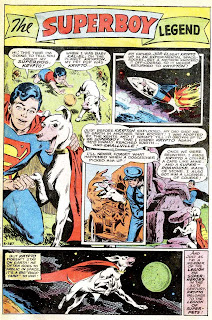 I can remember the rush I felt like every time I entered a drug store or a newsstand and saw a freshly-stocked comic rack. The overwhelming palette of color and bold imagery was an adrenaline jolt like few things I’ve felt since. I’d rush to the fixture and begin the scavenging, carefully flipping the tops of the books in each basket (most of which housed more than one title, which is why comic book mastheads contained as much information as possible, something that can look redundant from a design perspective in the 21st century but was necessary in context), picking the new issue of books I bought regularly and always trying out a new title if the cover grabbed me.

I can still hear the squeak of the rack as I turned it to peruse the next row, squatting as I got to the lower baskets, standing up when I finished the vertical drop. I still remember the thrill of finding something I wanted hidden behind some issues I didn’t (romance comics, yuck!). I can recall the pile of comics growing in my sweaty little paws, the dimes, nickels, and quarters adding up with each selection (DC Comics mostly, but I bought from almost every publisher in the ‘70s), hoping that Mom or Dad was feeling extra generous that day and wouldn’t make me put some of them back (they rarely did). The only bad thing about the spinner rack was when you had to share it with another comic book fan (Hey, don’t spin it, I’m not done with this row yet!) Or when you could tell that the stock boy whose job it was to put out the new books didn’t care whether or not they got beat up in the process. But I can honestly say that of all the ways I’ve purchased comic books in the half-century (ouch) since that first issue—comic shops, subscriptions, conventions, used book stores, online—nothing was ever better than hitting the drugstore spinner rack. 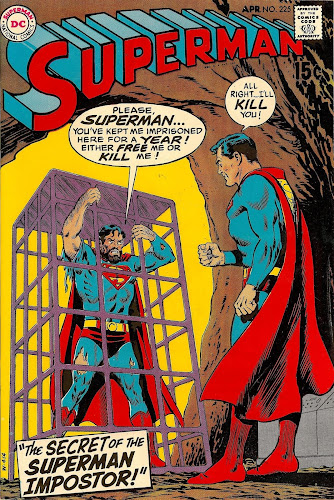 Anyway, back to that February day 51 years ago… Here are the books I picked out that day (and forgive my near-single-mindedness): ACTION COMICS #387, SUPERMAN’S PAL, JIMMY OLSEN #128, DETECTIVE COMICS #398, and SUPERMAN #225. Every one of these books (along with SUPERBOY #164) holds a place of distinction in my collection; they are not filed away in the comic boxes with their alphabetical / chronological brethren, they are on open display on a shelf in my studio, and the covers of each one resonate with me like pictures of any first loves.

What I didn’t come to understand until many years later was the significance the timing of my entry into comic book fandom held. Also on the spinner rack that week was GREEN LANTERN #76, widely considered to mark the very dawn of the Bronze Age of Comics. So I started buying / reading / collecting comics the precise moment that my favorite era of the medium began. Looking at the gallery of all the comic books that came out that month (many more of which I’ve since added to my collection), I am again reminded that while I may often feel the sting of middle age, I wouldn’t trade the experience of buying these books at this time in this manner for anything. I am a true Bronze Baby and I wouldn’t have it any other way. 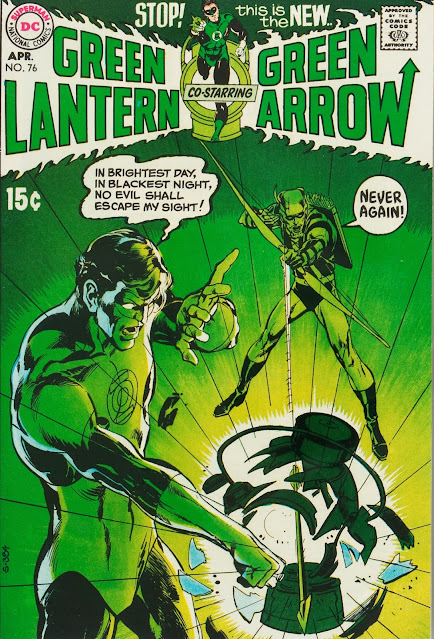 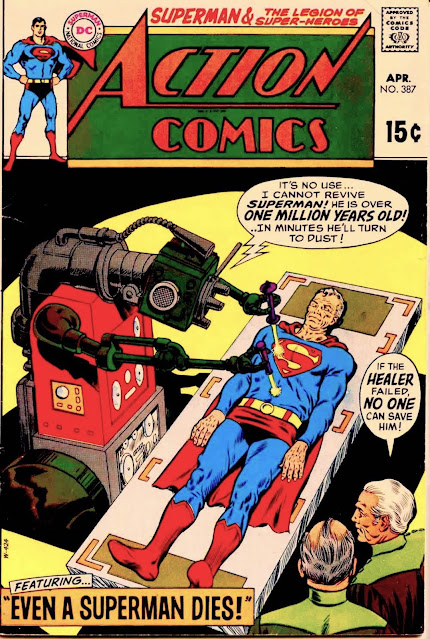 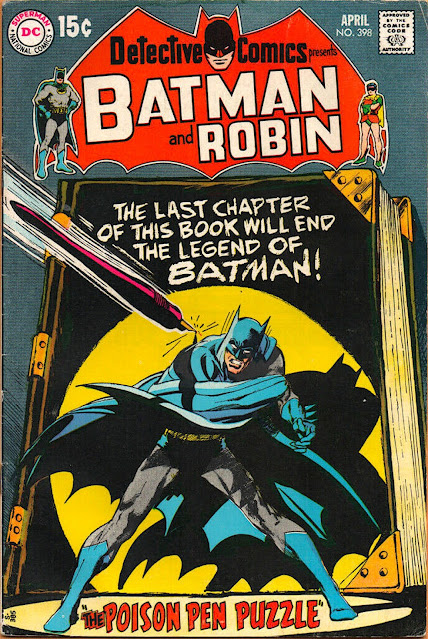 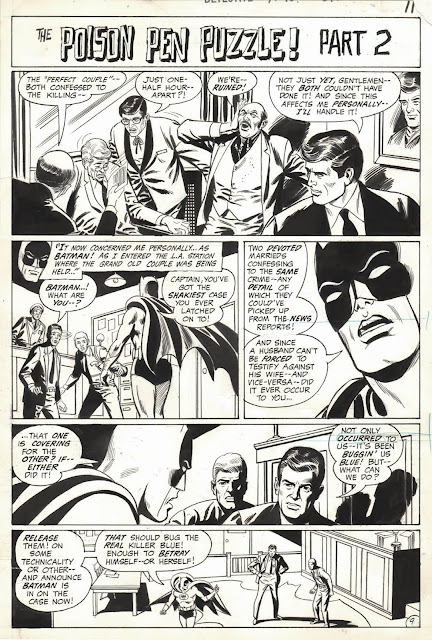 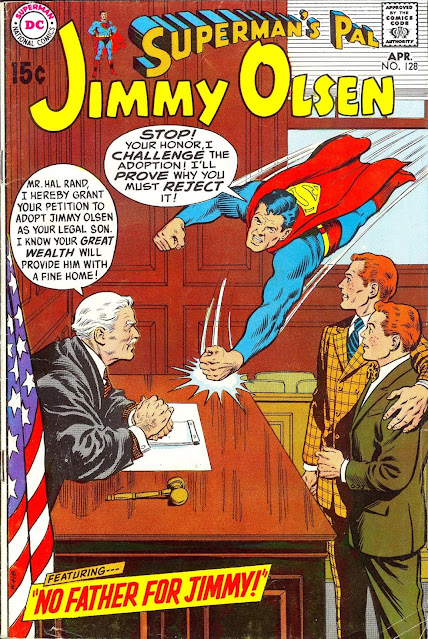 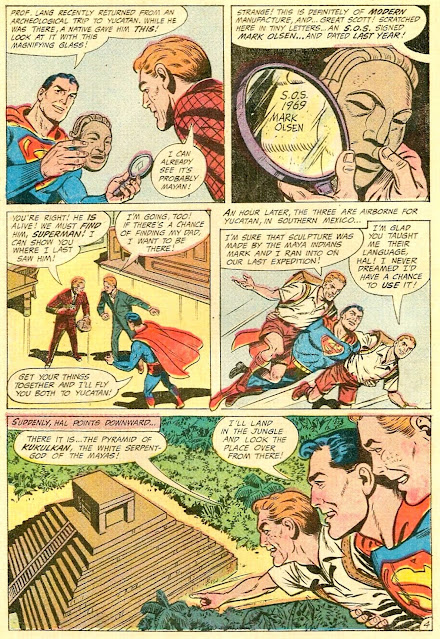